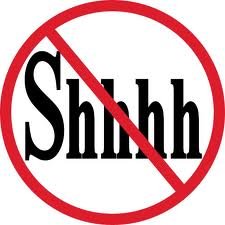 There are two things that scare the wits out of Catholic moms of young children. The first is attempting Mass alone with small children and the second is attempting Eucharistic adoration with small children. The common denominator here is small children. Children are precious and cute and often say things aloud that make us laugh. But they are unpredictable, often loud, little creatures who make sudden demands of us and often in public. I cannot count the times mothers have lamented wanting to attend daily Mass or Eucharistic adoration if it were not for the embarrassing distraction her children make. As a mother of five children I have very often been in this situation. And, if  I’m completely honest, it isn’t the Lord’s opinion of my loud squiggly children or His opinion of my mothering that scares me most, it is the opinion of all those around me. This concern is not unmerited. I’d like to say that I have always been received with open arms by other church goers but I have not. I am not alone. Many of us are still traumatized  by the grumpy old man who made a snide remark about our bratty children or by  the lady who yelled at them in the bathroom. And, yet, for every grouch I have encountered, twice as many have encouraged me. Yet, I still fret, still get a little anxiety attack when my children crawl under pews or whisper loudly during consecration. It doesn’t stop me from going, mind you. But it might stop a weaker sister. It goes to show how even the venial sin of critical remarks or dirty looks can have such an impact on the Body of Christ. The devil knows that and uses that to scare mothers from bringing their children. I wouldn’t make such large claims except I have heard this story play itself over and over again amongst mothers in bible studies and playgroups. It is prideful but true. Criticism of your mothering skills is a powerful deterrent. Many moms won’t even set themselves up.

I hadn’t realized how much of this mentality had affected me until recently. As I was leaving daily mass one morning, feeling fresh and fancy free because I was completely childless and had been able to enjoy the Mass without the usual distractions, I encountered a an older gentleman I have seen around at Adoration; a kind man who wore a large beautiful cross with a Saint Benedict medal infused into the center of it. We got to talking and I was singing the wonders of how wonderful it is to feel that "holy quiet" that can only be felt at Adoration- how its almost tangible and how it permeates the soul. But he said something that surprised me. He told me that it is not necessarily the quiet that matters. He explained that the Lord wants us to come to Him like little children and how he has gotten to know many broken people who visit Our Lord on a regular basis and,as a result, had established a sort of community. I gathered from what he said that he and these people had possibly conversed quietly or shared the burdens and prayed together in fellowship before Our Lord. What a novel idea! The idea of little children struck a chord and I asked him if this idea included actual children. Then he smiled and recounted a specific time that he remembered ME bringing my children to daily Mass and how frazzled I had looked trying to keep them all in order.


He recounted the face of an elderly lady who sat in the back and who’s face lit up as she saw me enter with my clamorous brood.

"You don’t know the beacon of light you are to those elderly or lonely people that haven’t seen small children in a long while. " he told me.

Yeah right, I thought, but what about all the rest of the people who I’m bothering? And, before I could get the thought out he said.

"There will always be people who express complaints. But those that are disturbed are truly disturbed by something else. Those that are there with a heart to love the Lord will not be disturbed."

Something about the statement moved something inside me. It felt a new perspective shift and settle like tectonic plates inside me. I tried to fight the tears welling up in me and gave into them. So, it wasn’t me. It was them. I hadn’t been wrong.  I suddenly grieved for all those times I had scowled at and pinched my children during mass or left church angry. I grieved for all those times I had unreasonable expectations and had left Mass in a dark storm. I had been focusing on the wrong thing.

The gentleman reminded me that the Lord had very specifically said "Suffer the little children on to me. " And the word "suffer" stood out and gave me peace all at once. Jesus knew that in order to bring the children to him there would be some suffering required. As immature little people, they have not yet conquered their impulses, their manners their noise level. They are, after all, little children. I pictured Jesus smiling at the raucous, making allowances for the disrupted silence and interrupted half prayers. The Lord loves them dearly and accepts them with infinite patience- something I had failed to do.  Where did this unwritten rule that children do not belong at Holy Adoration emerge?

I left a little sad but resolved and so I sat down to write this article. My prayer is to free all the women who have felt the same frustration I have. I wrote this article to give you, the mothers of young children, permission to go before the Lord, to ignore all those "apostles" who want to shoo them away to be bold and unapologetic about it and to encourage you. If you have held back from the graces of daily mass out of fear, if you have stopped making holy hours before the Lord out of fear, out of shame, or even out of pride, GO BACK! Do not let the devil have the last laugh. The Lord wants us and our children. He wants to build up his Body starting with the children. What better way is there to instill a love of the Lord if we don’t start very young? If we come back in armies of mothers and children who will be able to stop us?