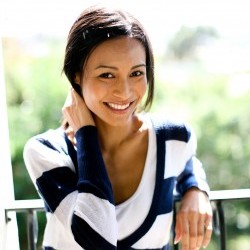 During the week of July 20th-26th CatholicTV will air "Rosary Stars". "Rosary Stars" is a production which features young adult celebrities praying and reflecting upon the Rosary. CatholicTV is a nationally-broadcast television network headquartered near Boston. CatholicTV streams its broadcast simultaneously, 24 hours a day at www.CatholicTV.com.

"Rosary Stars: Praying the Gospel" features champion athletes, actors, film directors, TV hosts, recording stars, authors and lecturers who emphasize the power of daily prayer of the Rosary and encourage viewers to live the Mysteries of the Rosary daily.

Both Jessica Rey and Immaculée Ilibagiza have been featured on the CatholicTV talk show "This is the Day".

This article was submitted by CatholicTV.

Tune in on Tuesday for a BIG announcement!
Read
Celebration of the Solemnity of Pentecost From the Vatican on CatholicTV.com
Read
Catholicism Series to Premier on CatholicTV
Read