The Faithful, Wounded Heart: A Review of The Night’s Dark Shade by Elena Maria Vidal

It’s an unfortunate fact that each generation must uncover for itself: Love is a battlefield. Except for those who marry their first love, and early in life, most of us carry on our hearts the scars of broken, often ill-advised, romantic entanglements.  Each friendship leaves its mark; those characterized by authentic Christian charity and fidelity touch our souls lightly and for the better. Those that are not, do not. Either way, when the friendship ends, some pain is inevitable.

Frankly, by the time I met my husband at the age of 34, my heart had so many battle scars, it was a wonder that I had anything left to offer him.  Each of us had memories and habits to overcome.  And by the grace of God, through the sacrament of matrimony, we built a life together, choosing each day to trust in the fidelity we had promised to one another.  A decade has passed, and we are still learning what it means to give of ourselves completely in authentic, life-long love.  Some days I wonder if I will ever catch up to my husband, who exhibits heroic virtue in the areas I am weakest, such as patience and compassion and gentleness and self-control.  It really can be trying … then again, I’m sure I’m no picnic.

Because of our respective pasts, some scars run so deep that there is really no getting rid of them entirely, though marriage has in a very real way been a sacrament of healing as well as vocation. Every once in a while a twinge resurfaces. Which raises an important question:  When such memories resurface, what is a faithful soul to do? What does fidelity demand? 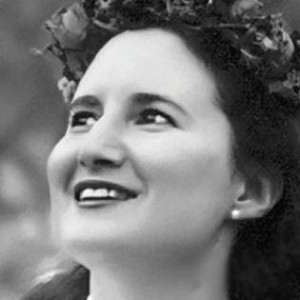 Have you ever wondered this? If so, pick up a copy of Elena Maria Vidal’s The Night's Dark Shade

. When the heroine’s fiancé and father die in battle, so crushed is Lady Raphaelle that nothing is left for her but duty. Day after anguished day she trudges along and hopes for … if not the best, at least a measure of peace. Instead she finds herself trapped by circumstances, surrounded by "good Christians" who do not reverence the cross, bear witness to the goodness of creation, or regard pregnancy as a gift to be embraced within marriage.

In the words of King Solomon, there is truly "nothing new under the sun." Although Vidal’s latest novel is set in medieval France, The Night's Dark Shade

is richly textured with two perennial truths: From one generation to the next, faith and love are tested by any number of devilish counterfeits.  And each in turn discovers that the surest pathway to happiness lies not in surrender to the sham, but in resistance.

Vidal has a loyal following of readers because of her lyrical, thoroughly Catholic treatment of medieval French history. Her first two novels, Trianon and Madame Royale, offer unexpected glimpses into the life and faith of Marie Antoinette and her extended family.  The Night's Dark Shade

examines a different period of history, and yet this book also raises important questions and draws connections that are as relevant now as they were hundreds of years ago.  Well worth reading.

and Elena Maria Vidal’s other novels are available through Amazon.com or directly through the publisher; be sure to peruse her blog, Tea at Trianon, as well.