Those Who Mourn: Overcoming the Pain of Miscarriage by Pamela Kobierecki 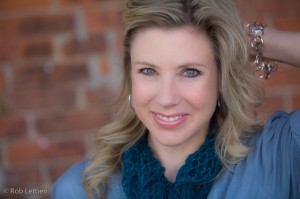 Today, we welcome Pamela Kobierecki to our CatholicMom.com family of contributors. Pamela will share her writing here on a monthly basis.  Visit her at www.pamelakobierecki.com for more inspiration.

Without lifting my head, I glanced around the small waiting room. The heat was on too high and we’d all been here a while.  Since it was the day after Christmas, there was no secretary working , so the ultrasound tech had to come out himself to call each patient for her turn.  He finally appeared at the window, seeming frazzled by the "standing room only" crowd.  Under his breath he muttered about everyone being sent at the same time. He called the first name and she approached the window.  Meanwhile several of the ladies started talking to each other about the urgency of the problem that had brought them here.  One had unexplained bleeding, another was pregnant with a bladder infection. All were getting restless and annoyed.  When the man finally called my name and asked me the date of my last period, I tried to say it as quietly as I could, but the whole waiting room could hear me.  "So, you’re pregnant," he responded.  "Yes," I whispered, "but I think I may have lost it."  My husband and I walked back with the Tech and our fears were confirmed.  As he walked us out, the man told us he was sorry.  No one was complaining in the waiting room now.  It was quiet as we walked out the door.

Miscarriage is so emotionally painful.  My husband and I spent three days on the couch crying after that ultrasound appointment.  One of the hurts of  losing the baby was that the little infant person that was a part of my own body was gone.  Even though the miscarriage happened early in the pregnancy, it was still my little child.  Another hurt was the dreams we’d already imagined for our child.  The future that now won’t be. Soccer games, ballet class, first day of school-those dreams die too. There’s also the failure. Especially after trying so very hard to conceive a child, I struggled with the overwhelming fear that I would never become a mother.  Loss, despair and fear stopped us in our tracks.

Not knowing how to deal with a miscarriage made it even worse.  Medically, the doctors told us to take it in stride.  "Don’t worry, you’ll have another one."  That statement was echoed by several well intentioned friends.  To us, the parents, we needed to grieve the child that was gone.  It was hard to do that because there was no funeral.  Talking to our wonderful friends, Angela and Mike, helped us greatly.  They had been through the experience and were able to share our pain. They didn’t downplay our loss or tell us to just forget about it. We had conceived a child and he died.  Every child deserves to be mourned when he dies.  One night I finally had to hash it out with God. I prayed and told Him all of my disappointment.  My heart finally found some peace as I told Him that I didn’t understand, but I did trust Him. Furthermore,  I was willing to entrust my child to His arms of love.

Having experienced a miscarriage, I would suggest a couple of things to help other mothers who loose a baby.  First of all, it’s ok to cry. Don’t try to deny that it happened or that it doesn’t matter. That was your baby and its natural for you to be sad.  Try to reach out to other Christian mothers who understand and can sympathize. Knowing that you and your husband aren’t alone in your pain makes it a little easier.  Finally, put your trust in Loving Father God.  He will not leave you.  In your time of pain, He is closer than a heartbeat.