Life Beyond Keywords: Perpetuating a Conspiracy of Kindness 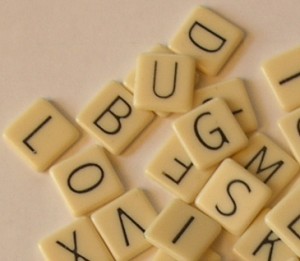 “Let me get those for you.” The gray-haired driver grabbed my bags and flipped them into the back of the shuttle.  His friendly face and gravelly voice reminded me of Louis Armstrong.  As we chatted I was surprised to discover that “Louie” held a Ph.D. in education, and had recently retired after thirty years as a regional administrator in a nearby city.

At first I wondered why a man with his skills and experience would take a job as a shuttle driver.  But as Louie began to share his story, it all made sense.  Louie’s wife had died from lupus a few years back, just before his only son was diagnosed with the same disease.  His son, now 30, was bedridden in a nursing home; his father visited every other day.  Louie’s new wife turned out to be a medical train wreck.  Within six months of the wedding she’d had two strokes and a quadruple bypass; that weekend she was being released into his care, and he had no idea how he was going to tend to all her needs alone.

This was a man overwhelmed with grief.  “Some days I ask the Good Lord what he’s thinking, putting all this on my plate.  I get up early every morning to read my Bible and pray – but I still don’t understand.”

This man needed a hug.  Unfortunately we were whizzing down the freeway at eighty miles an hour, so I did the next best thing:  I told him about Anthony DeStefano’s A Travel Guide to Heaven, which is my favorite gift book for the bereaved.

We were nearing the airport, and soon we would part ways.  No words of mine could possibly lift the burden this man was carrying – his grief was all too real.  So I tried to offer him a bit of perspective, in the form of a simple story I told my children when they were processing the loss of their first parents.

I told him that God sends every baby to earth with three things:  a special gift to share, a special burden to keep them humble, and a special job to do.  When the job is done, God calls them home.  “It sounds like your dear wife carried her burden as long as she could, and God finally took her home, where she’s waiting for you.  But your job isn’t quite done yet, Louie … You have gifts to share, burdens to carry, and a job to do.”

“Funny,” he said.  “My father used to say the same thing to me.  He died the same year as my wife and mother.  Three people I needed so much.  Pops said, ‘Louie, you’ve got tremendous gifts to share in this world.’  I’ve made some pretty big mistakes – but I know he’s right.”

As I emerged from the van, Louie engulfed me in a bear hug.  We must have been a strange sight, hugging in the loading zone, but I didn’t care.  Our “divine appointment” had lifted both our spirits.

As the holidays draw near, and the pace of life quickens, how often do we look at people without really seeing them?   And how often do we assess people by their most obvious “keywords,” missing the story underneath?

As far as possible without surrender
be on good terms with all persons.
Speak your truth quietly and clearly;
and listen to others,
even the dull and the ignorant;
they too have their story.

These are words to live by … though to be honest I might have missed Louie’s pain were it not for an encounter I’d had the previous day at a hair salon.  Spiky-haired and bleached-blond, my stylist Jimmy turned out to be a gregarious former Marine.  “It was just too hard, all that death.  I lost three teams that last year, and I had to get out.  So I started doing hair.  I wanted to do something to help people.”

So you did, Jimmy.  And Louie and I both thank you.

Heidi Hess Saxton blogs at the “Extraordinary Moms Network.”  This article originally appeared on the AnnArbor.com “parenting” channel.  She is also an author and a graduate student at Sacred Heart Major Seminary in Detroit.  You can reach her at heidi.hess.saxton@gmail.com.