Pregnancy and The First Advent 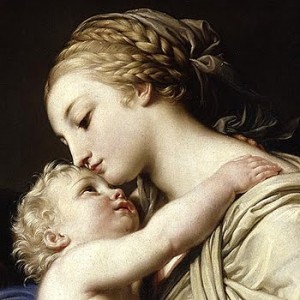 “Pregnancy, an advent eternally renewed in every woman expecting a child, is a book written by the hand of God, with each page, each day, each hour, reminding us of the first Advent.  Think of the first Advent now, when worlds were hushed and angels still...waiting, waiting for the answer of a young girl!  Her fiat, spoken so softly as to be almost a whisper, shook heaven and earth, and began the ineffable, incomprehensible, most beautiful mystery of the Incarnation!  Each pregnancy sings of the first Advent.  Each time is a time of waiting, of joy so immense that it can only be encompassed by the eyes and soul of a woman in love and filled with the fruit of that love.”

Every new life encompassed within his or her mother’s womb “sings of the first Advent,” as Catherine Doherty, foundress of Madonna House, so eloquently said in her book, “Dear Parents.”  Not all of these lives will actually be born. Sadly, some will be miscarried and others will be aborted.

However, for those women who nurture their babies lovingly in their wombs, pregnancy can be a great time for character growth. Mary was a wonderful example of patience and virtue during pregnancy, having to sit on a donkey for miles and miles, then having to give birth in a stable, with the accompanying sounds, odors and discomforts.

But Mary also acted as my consoler when I was miscarrying.  For who else could understand the heartbreak of losing a precious child better than Our Lady herself, who stood under the cross and watched her Son die in agony, then embraced him lovingly after His death?

Let us embrace the end of Advent with Our Lady’s open welcoming of the Savior, the one she bore for mankind.