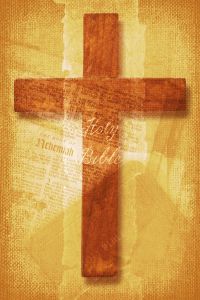 Today's Readings
We meditate upon Joseph and his message from an angel about Mary's
prenancy. The last verse of our Gospel readings has been interpreted
differently by Catholics and Protestants. The latter do not believe in the
perpetual virginity of Mary while we Catholics do. The verse is
interpreted literally by them whereas there is another interpretation that
is possible that would not take away from the teaching of the Catholic
Church but would not necessarily prove the virginity of Mary as being
perpetual.

Joseph did not know her "till" she brought forth a child and he called him
Jesus. The word "until" or "till" is what presents the differences in
interpretation. The Bible of Jerusalem avoids the problem by translating
the verse in this way: "He had not had intercourse with her when she gave
birth to a son; and he named him Jesus. Offering a spiritual as well as a
reasonable exegetical remark about the use of "until" may help show us that
the verse does not prove Mary was not virginal after the birth of Jesus.

Several times in the Bible the expression until is used in the way that
supports the translation offered by the New Jerusalem Bible as above. The
word in Koine Greek is "heos" (until, till) and it is used, for example, in
the frigidity of Michal the wife of David where we learn that she no longer
had any relations with King David after he shamed himself by dancing almost
naked in front of the ark while women looked on. The text reads "and she
had no relations with him until her death." There is no question of
consequent action involved here with the use of "until" nor should there be
only one way of translation for the verse in Matthew 1:25.

Fr. Henry Wansbrough, O.S.B. (a Benedictine) and England's most renowned
Catholic exegete and biblical scholar has this important philological
remark about the "until": "This verse contains no implication that Joseph
and Mary had intercourse thereafter. The Greek 'heos hou' (until he
Joseph) rather translates the Aramaic ''ad di' as in Daniel 2:34; 7:4,9,11;
6:25 LXX (Septuagint): in Daniel and in rabbinic writings ''ad di' often
introduces the clause where emphasis lies with a nuance of surprise at, or
suddeness of, the event.Translate 'before he had (amost 'could have')
intercourse with her, she gave birth to a son.'"

In a spiritual interpretation based on the fact that Joseph did not "know"
Mary it would show that only after the birth of Jesus did he really "know"
not in a sexual way but in a spiritual and intellectual way who Mary really
is--the Mother of the Messiah. It fits well with Matthew's marian theology
of never separating the mother and child--a good sign of sound marian
theology. We read in Matthew 2:11 that the wise men from the East came and
"found the child with his mother." Then they realized he was the Messiah
King pointed out by the star they saw in the East which is, as St. John
Chrysostom says," the star is their faith." Joseph came to know her through
his dream as a woman who was overshadowed by the Holy Spirit and the power
of God in a miraculous way. This enabled her to bear her son without the
help of a man. It does come down to whether we believe this as the Church
teaches it in Mary's perpetual virginity and as the Orthodox and Byzantine
Churches believe "Mary was always virgin" (aei parthenos). Joseph is a
great example of trusting the messenger of God and then trusting Mary
absolutely once he realize that she is the mother of Emmanuel as promised
in Isaiah 7:14, "God is with us." As Catholics and Orthodox this mystery
is bound up in her title Theotokos, the God-bearer. Joseph has a home and
takes Mary his wife into that home where the Magi eventually come and visit
all three of them and offer their threefold gifts of gold, frankincense and
myrrh. (Matthew 2:11). Notice even in the genealogy the verse where Mary
is brought in speaks of her as the one involved with the birthing of the
messiah: "Of her was born Jesus who is called the Messiah." Our Marianists
love this verse and had it in their Constitutions as " Jesus Christ, Son of
God, become son of Mary for the salvation of all."

Mary had already through her strong faith realized all things were possible
with God and so she gave her Yes. Joseph followed in a more hesitant
manner through his listening to his dream and the visit of the angel
explaining how this birth is possible. They are then partners united
forever in faith in bonds that go well beyond the beauty of the union of
man and woman in the flesh. Amen.