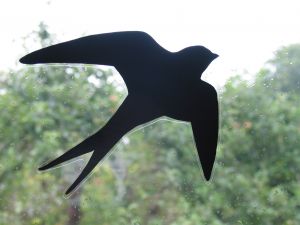 There’s no doubt about it, some people just have a way with animals. I don’t think it’s the sort of thing you can develop. Either you have it or you don’t. My second son, Luke, definitely had it. From the time he could crawl, if there was an animal in sight, Luke was right there. Even as a baby, he innately understood the need to be gentle; never playing too rough or pulling hair.

When I chaperoned my oldest son Aaron’s preschool field trip to a farm, I knew two-year-old Luke would be enthralled. While standing in a barn full of lambs, I did a double take when I saw the lambs eating from Luke’s hand. He had noticed a bag of feed and scooped some up into his pudgy fist. Soon the older kids noticed and began feeding the lambs too. When it came to animals, Luke did not wait for a cue, he always jumped right in.
Naturally, as he got older, our household included pets. Luke was not the sort of kid that wanted a pet; he needed one. Otherwise, his days would have been spent longing for one. I know, because I was just like him as a little girl. Strays somehow always found their way to our doorstep and a trip to the beach always involved coming home with a turtle or toad or even a sunfish to keep in the backyard wading pool. Unfortunately, my mom did not want furry animals in our house but I never stopped wishing for them. So when I became a mother myself, I indulged my kids’ love of animals.
We had a cat and a couple dogs and various other critters over the years, but one thing Luke had that I never did, was the ability to tame wild birds. He did not whistle them down from the trees to come and play, but whenever an errant bird accidentally crashed into our sliding glass door, Luke was always there to scoop them up. Sometimes it was nothing more serious than getting the wind knocked out but other times the bird needed a day of recovery. But Luke was not just a nursemaid to his feathered friends, he would tame it down until it was willing to sit calmly perched in his finger. Only then, would he finally take the bird outside and watch it take flight from his hand.

Fortunately, we thought to photograph him the first time he got a wild bird to sit on his finger. Later, when he told his third grade classmates of taming a wild sparrow, the kids were amazed. That is, all but one who called Luke a liar. Luke just smiled and said: “You’ll see.” The next day, he brought in the photograph thus settling it. No one ever challenged Luke’s stories again.

My other three boys enjoyed nature and animals too, but Luke was a regular St. Francis. And periodically, given our sliding glass door, there were occasionally birds in need of a St. Francis. In addition to the wounded birds, Luke rescued baby birds on a couple of occasions. The local zoo director informed us that dissolved cat food offered in a medicine dropped could provide adequate nutrition to the nestlings. His first couple of attempts unfortunately failed but those birds were too young to even have feathers.

When Luke was a sixth grader, he and his younger brother Tyler began a golf ball selling business. We lived next to a golf course so after it closed, the boys would scour the landscape finding stray balls. Then, during the day, they would stroll the course offering the balls for sale to golfers. It was such a successful venture that sometimes golfers even knocked at our door looking to buy balls from the boys.

During one of these golf ball searches, Luke found a nest overturned in the creek. Nearby was a young swallow without all its feathers. Naturally, he brought it home and got out the old medicine dropper. The bird thrived and obviously viewed Luke as its mother. We had a small wire cage that he lined with grass to make it nest-like. Luke named him Chirps and fed the bird him every couple of hours. He even brought his bird along with us to the beach or other places so he would not miss a feeding. Often Luke sat in our family room, watching TV or visiting with people, while Chirps snuggled on his lap or in his hands. The bird only came inside to visit with Luke; otherwise it lived in a cage in the garage. This had become more than just a rescue for Luke because he had come to love the little bird.

After a couple weeks, Luke asked me if he could keep Chirps permanently as a pet. I considered his request, but realized it was not a good idea. “Please, mom,” Luke begged.

“Luke, it will be too cold to keep him in a cage outside over the winter and it would be too messy to try and keep a wild bird in the house,” I explained. “He is going to need to fly.”

“But I don’t think he can survive in the wild,” Luke stated. “He does not even know how to get food on his own.” Luke made a good point, but still, I remained firm on my decision.

“He’s already starting to flap his wings and will start flying soon,” I said. “There’s no way he’s going to be happy in a cage.”

Luke again called the zoo for advice. “I should keep him out near the trees so bugs can fly into the cage. Maybe he’ll get the idea to catch them,” Luke reported. He even helped things along by catching bugs and giving them to Chirps so he would become accustomed to such fare. Chirps was definitely getting ready to fly and began taking short flights in the garage. Luke talked about letting his bird go soon, but he was not sure when that would be. I knew it would be hard for him to say good-bye but I also knew it had to be that way.

“I’ll take Chirps over to where I found him,” Luke explained thoughtfully one afternoon while he sat with the bird in his hands. By then, Chirps often flapped wildly in his cage. Luke knew it was time. Without letting anyone know he was going, Luke slipped away the next morning with Chirps in his cage. He walked over to the creek where he had found the overturned nest almost three weeks earlier. Scanning the trees, Luke was glad to see other swallows flying about. Chirps looked up in anticipation and began calling to them. With a tug at his heartstrings, Luke opened the latch on the cage and gently took Chirps out. He looked at him sadly for a few minutes, realizing this was goodbye. Then, he slowly opened his hands. The bird hesitated just a moment then took flight into a tree. Luke looked on, a little choked up to see his friend go so quickly. But as he stood watching Chirps in the tree, something totally unexpected happened. Chirps looked down at Luke and flew back down, landing on his head. Luke held his breath in awe that his little bird had come back to him. The bird rested on Luke’s head and chirped for a moment and then disappeared back into the trees.
Luke stood for a long time, gazing into the flock of swallows that twittered and fluttered in the trees. Now, he could no longer tell which was Chirps and he knew that was as it should be.

As he turned to leave, Luke was surprised to realize he was not so sad now that the bird was gone. Luke has rescued it and cared for him until it could survive on its own. And in some mystical way, the two of them had connected. Chirps return to say goodbye assured Luke that the connection was mutual.