The Myth of Converts as Better Catholics 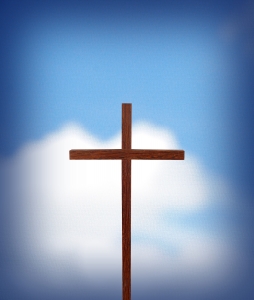 “Oh, you’re a convert! That explains it.”

I used to question what “it” was, but I think I have a pretty good idea after ten years of hearing this. “It” refers to my passion for my faith, my knowledge of Catholic stuff, and/or both of those.

“It” also, supposedly, makes me a better Catholic.

I disagree. In fact, I think that it just makes me a different Catholic than the people who have the blessing of having been raised Catholic.

The reason I’m Catholic today, after ten years, is different than the reason I became Catholic in the first place. I credit my husband’s faithful—and silent—witness with my initial conversion. He said more by getting up early and going to Mass before he would get together with me for a date day than he could have with any logical, rational explanation.

There are a host of other factors that have been instrumental in keeping me Catholic and even making me more faithful during the decade I’ve been puttering around with this label.

One of them is the endless supply of new material I keep finding about age-old teachings. There’s Theology of the Body and the Catechism, the Bible and the priesthood, the saints and the different feasts…I no sooner turn around than I am discovering something that’s just what I need.

Maybe, as a convert, I have the advantage of having chosen my path. I am more invested in it for having gone to all the trouble of going through instruction.

But for most people, there is a search. I found out recently that my husband—the man who has been the single strongest influence on my faith walk—had only just returned to Mass, after a few years away, when we started dating.

We are really a Church of converts, because at some point free will kicks in and we each have to choose…to stay or to go, to embrace or to discard, to flare with faith or to grow cold and lukewarm. The advantage cradle Catholics have over me is that they have the fullness of the sacraments, right from the beginning.