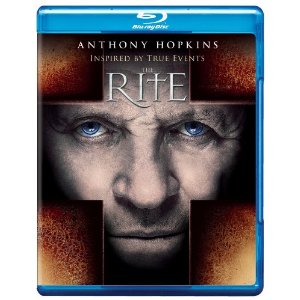 Michael Kovak (Colin O’Donoghue) has always been “a man of sorrows and acquainted with grief.” (Isaiah 53:3) The only son of a Chicago funeral director, Itsvan Kovak (Rutger Haer) Michael lived literally down the hall from death his entire life. Unlike most young men who never experience death close hand, Michael is steeped in it, preparing bodies for burial with his father. As a young boy, Michael is coaxed by his father into helping prepare the corpse of his mother, by gently blowing on the red fingernail polish his father applies as he lovingly prepared her body, while whispering endearments into her ear. The image is forever seared into his memory, tainting his adulthood with a lack of faith and a sense of detachment.

When time came to make a decision about his profession in life, Michael knew well that his options were limited, as he told a friend, “in my family; you either become an undertaker or a priest”. Michael chose the priesthood, not out of sense of mission, but as a way out of his bleak existence and a means to pay for college. After he is ordained as a deacon, Michael’s guilt over deceiving his superior about his intentions impels him to write Fr Matthew (Toby Jones) about his decision to leave the seminary. He admits he has no faith and feels he has no vocation to the priesthood.

But fate intervenes before Fr Matthew can act. The two men are involved in a car accident where a young woman is fatally wounded and Fr Matthew looks on stunned silence as Michael blesses the victim reluctantly yet tenderly as she dies. He is impressed by this and convinces Michael to delay leaving the seminary until after he has taken a two month course in Rome. A course in exorcism; “you’re an undertaker, so you’re not squeamish” he adds with a gleam in his eye.

Not at all squeamish, Michael plays the role of devil’s advocate in his exorcism class in Rome, challenging his instructor over whether the possessed are suffering from psychosis, and is nonplussed over a sudden power outage when the demon Baal is mentioned. In order to help Michael overcome his doubts about the existence of Satan, his professor, Fr Xavier (Ciaran Hinds) sends him to observe veteran exorcist Fr Lucas Trevant (Anthony Hopkins). Michael is joined in his doubts by Italian journalist Angeline (Alice Braga) who wants him to share his experiences at Fr Lucas side for the purposes of an article.  These two young cynics are about to engage in a life and death struggle which will evoke deep-seated fears and upend their worldview

An eccentric Welshman, Fr Lucas lives a lonely existence in an obscure corner of Rome, occupying an ancient villa whose courtyard is overrun by cats. Fr Lucas takes Michael’s cynicism in stride, and advises Michael not to engage in conversation with the demon who possesses the pregnant teen who has come with her sister for her regular exorcism session. Michael is so captivated by her predicament that he finds himself drawn into a life and death struggle with the devil whose very existence he denies.

Although the movie trailer plays like a high-tech adaptation of “The Exorcist”, to which exorcism films will inevitably be compared, there is more spiritual and emotional depth to director Mikael Hafstrom’s work than Blatty’s. “The Rite” more closely resembles the cinematic subtlety and theological accuracy of “The Exorcism of Emily Rose”, according to Fr. Gary Thomas, the priest from the book on which the film is based. Michael is a sympathetic character and the film’s dramatic exposition of the tragic origins of his faith crisis help the audience sympathize with him as he confronts demons both within and without his tortured soul.  Even eccentric Father Lucas, played compellingly by Hopkins is more vivid than the ghostly older priest in “The Exorcist”, yet the pairing of priests to defeat Satan is a familiar theme. Fr Lucas even makes a sarcastic reference to “The Exorcist” telling Michael, “You’ll see no spinning heads and pea soup here!” What will enliven Catholic viewers is the authenticity of the phenomena of the exorcisms and the splendor of the priesthood when contrasted against the darkness of pure evil. Special effects enhance but do not overpower this compelling thriller and magnificent architecture of Rome augments the timelessness of the story.

For the many fans of the book by AP journalist Matt Baglio, on which the film is loosely based, screenwriter Michael Petroni has respected the basic story while raising the emotional stakes to great dramatic effect when combined with excellent cinematography and the masterful presence of Anthony Hopkins.  Priests who watched the film in the theatre with me had a positive reaction but pointed the following theological errors; as a deacon, Michael could not give absolution as he appears to do in the case of the dying woman, and that an inexperienced priest with emotional wounds and of questionable faith would never be chosen to become an exorcist. Too many weaknesses for Satan to exploit, they explained. The manifestations of possession (vomiting nails and frogs, unearthly voices, superhuman strength and knowledge of inner weaknesses) are absolutely accurate, according to Fr Gary Thomas, the real priest from Baglio’s book, who had a less dramatic change of heart about the existence of Satan. When I asked him in an interview whether he believed that the devil was a being he responded, “I believed when I met him”.

For older teens and up for frightening and macabre scenes, appropriate but vivid sexual innuendo (verbal references to incest and rape) and foul language. This film is best seen with parental supervision.

Order The Rite at Amazon and support CatholicMom.com with your purchase