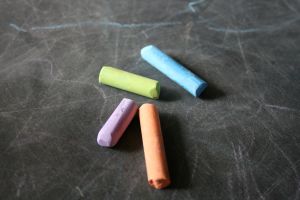 Someone ought to hang that quote in every doorway of every school and office of the Atlanta Public Schools system.

Last week’s release by GeorgiaGov. Nathan Deal of an investigative report on widespread cheating within APS on the state’s standardized curriculum tests raises more questions than it answers.

How did a school system the size of Atlanta’s establish such pervasive unethical habits? Apparently some 178 educators, including 38 principals, are named as perpetrators of this educational fraud, and more than 80 have confessed to their roles in the scoring scam. Cheating took place in 44 of the 56 schools examined in the investigation.

If cheating by teachers, administrators and even the superintendent of schools is occurring with impunity in a major metropolitan school district, where else is it happening? Officials within APS denied for years that cheating was taking place, even as the students’ scores improved in suspiciously dramatic fashion.

Can parents trust their local school districts’ claims of improvement in educational results? APS Superintendent Beverly Hall became known as a “miracle worker” in supposedly turning around a beleaguered school district. She even became part of the “Atlanta brand.”

Business and civic leaders touted her leadership and the quality of the schools as reasons to bring commerce to the city, yet it appears she may not have actually improved the district at all. There is now little reliable data to make that claim.

Of all the public scandals of the past several years, the APS cheating fiasco is the most egregious in recent memory because it proves that corruption is now standard operating procedure in our civic institutions. Who cares if children are left holding the bag, as long as the powers-that-be get the accolades they seek.

The finger pointing in the wake of this story merely demonstrates how broken our system of public education really is. Teachers blame the reforms instituted in Atlanta several years ago that put the focus on financial incentives for performance rather than teacher tenure.

Administrators blame state and federal governments for tying funding to school performance, which in turn “forces” schools to “teach to the test.” (Proving if there’s a way to blame former President George W. Bush for anything, folks will do so.)

If Atlanta teachers had been “teaching to the test,” however, their rampant cheating would have been unnecessary.

Meanwhile, parents don’t know who to blame, but they’re not likely to hold their children accountable because, well … they hardly ever do, so why start now?

Oddly enough, there’s one party no one ever mentions, but who, in my view, is probably the root cause of the decline (and inevitable demise) of our public schools: Weather Underground founder and former University of Illinois at Chicago professor Bill Ayers.

Not just Mr. Ayers, mind you, but he and his cohort of teacher educators who, in the past 40 years, literally hijacked our nation’s schools for their own progressive purposes.

These days, rather than ensure that rising teachers are masters of their fields (Mr. Ayers has written that subject-matter mastery isn’t necessary for teaching), our schools of education train teachers to engage in “social justice” - and even to teach substantive subjects such as math and science in the context of social consciousness.

When teachers don’t view their role as imparting information, knowledge and skills, but rather as preparing students to be “agents of social change” through “critical thinking,” it’s no wonder the kids aren’t capable of passing standardized tests.

It must be said: We aren’t training our teachers to do the job we say we want done in our classrooms.

Why, then, are we surprised that they stoop to sin and avarice to achieve success in a job for which they are fundamentally unprepared in the first place?