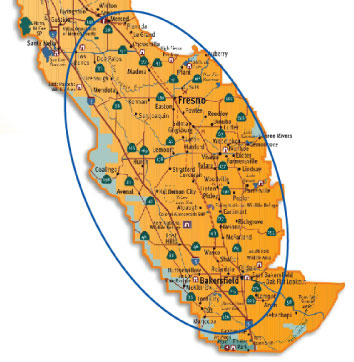 “Channel-49 has been in continual operation for 25 years, serving as a spiritual communications tool for not only the Catholic community, but many other religious affiliations in the Central San Joaquin Valley as well,” says KNXT General Manager, Colin Dougherty. “We want to celebrate our 25th anniversary with the entire community by inviting everyone to share food and fun and entertainment with us.”

Appetizer-sized portions of food will be served by an impressive roster of food vendors from communities including the Vietnamese, the Portuguese, the Mexican, the Filipino, and the Hmong to local organizations including the Knights of Columbus, the Serra Club and the Young Ladies Institute.

Entertainment for the International Food Festival consists of performances by cultural groups including the Armenian, the Italian, the Laotian and musical bands from throughout the region.

“We want to create a full street fair kind of atmosphere for the entire family,” says Dougherty, “and there will be arts and crafts, vendors and raffles too. It’s our way of saying thanks to the diverse community that has supported KNXT-TV for so many years.”

Don’t miss out on all the food, fun and cultural entertainment at KNXT’s International Food Festival! If you don’t have a ticket yet, you can still buy one - simply go to www.KNXT.tv or call the station at 559-488-7440. Tickets will also be available from many Catholic Churches in the region and also at the door of the International Food Festival on September 10, from 3 p.m. to 7 p.m.

KNXT-TV is the United States’ only Catholic Diocese-owned full-powered television station broadcasting and streaming LIVE online 24 hours a day, seven days a week. KNXT celebrates its 25 years of broadcasting in 2011, serving the Central Valley since 1986. Locally, KNXT shoots, produces and broadcasts 17 of its own shows and broadcasts on Fresno’s local channel 49.1, Comcast channel 9, Bakersfield’s channel 38, Bright House channel 442 and streams live through the Internet at www.KNXT.tv.