From Your Silence They Will Know You 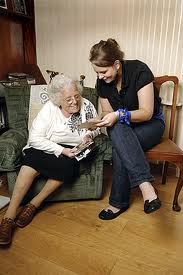 This month’s Catholic Mom column is a reprise on a homily and column that dates a long way back in my files. I think I first delivered this theme just as I became a deacon in Colorado. I don’t mean this to be self-serving, but the message is one that stays with me because I see so much of ‘the silence’ in our society today.

Many of you may know of the play THE MAN FOR ALL SEASONS – written by Robert Boat. In the play, the scene in the play is the courtroom in London – Thomas Moore is the prisoner in the dock. And he will not – he absolutely will not sign the Act of Supremacy that will make Henry the Eighth head of the Church of England. He, Thomas hasn’t spoken; he’s just been silent. So there’s no written document – nothing to convict him.

Thomas Cromwell is the prosecuting lawyer in this play. He is speaking to the jury made up of the Lords of England. He uses this argument to prosecute the case against Thomas Moore – “But gentlemen of the jury, there are many types of silence. Consider first the silence of a man when he is dead. And you walk into the room where he is lying – what do you hear? Nothing… that is silence pure and simple.

“Consider now another type of silence. Consider if I were to draw a dagger from my sleeve. And I want to kill the prisoner and your Lordships, instead of crying out for me to stop, sat silent. What would that silence say? It would say that you agreed with what I was planning to do.

Now what about your silence? What kind of silence is it? How do you pray, speak or act about the life of the unborn? How did I react in a coffee shop when a young, studied and forceful fellow challenged me – me a customer and he a worker. He challenged me that certainly no one in this day and age would be Catholic after all the sins of the Roman Catholic Church. Come to think of it – did I sin in any way by my reaction to that event? How would you act if you inadvertently stumbled into a conversation with someone that challenged, or worse yet, smirked at you and your faith? I admit it was sort of an odd happening that caused a worker in a shop to volunteer his criticism to an unknown customer.

How do we act – what do we say when our young adult offspring live with another without the benefit of marriage? What should we do or say? What do you say or do when you know that there are old folks who are lonely and would love for someone to bring over a coffeecake and sit for a spell? Just to listen and to let them know that their life has been important – even if you’re the only one they get to tell about it.

What do we say to the Lord? Or – do we sit here in eloquent silence concerning our beliefs?

Will You Give Him Your Time?
Read
You MUST Send This to That Person You Know Who Has Cancer
Read
You’re Ruining Your Child, Pass the Yams, Please
Read