The HPV Vaccine—Not for “Little Girls”? 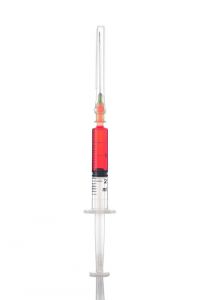 Editor's Note: The Catholic Medical Association (CMA) – the nation’s largest professional organization of Catholic doctors – has released a position paper on implementation of the new vaccine for HPV, Gardasil®. The CMA encourages the use of this safe, effective, and ethically acceptable vaccine but at the same time rejects efforts at the federal level, and in some states, to mandate that girls be vaccinated against HPV. For more information, visit the CMA website. LMH

"To have innocent little 12-year-old girls be forced to have a government injection through an executive order is just flat out wrong. That should never be done. That's a violation of a liberty interest." – Rep. Michele Bachmann, during the September 7th republican presidential primary debate.

The American Academy of Pediatrics has recommended universal vaccination against HPV for 12-year-olds.  Our government is debating the need to mandate this vaccine against an STD.  What more evidence do we need of the absurdly sad state of morality within the United States?  I would like to say congratulations, and thank you, to all the Catholic moms out there that are fighting the pervasive sexual sins of our society, the same sins that have lead our country to recommend an STD vaccine for 12-year-old girls.  Sexuality is Satan’s primary foothold in our society.  We need to keep up the good fight.  But do our beautiful 12-year-olds, many still so sweet and innocent, need the HPV vaccine?  As a catholic pediatrician and mother, I would like to offer my perspective on this debate.

Unfortunately, most 12-year-old girls and boys do indeed need the HPV vaccine, Gardasil®.  First off, I do oppose mandating vaccination, in general.  But, by using the words “little” and “innocent,” Rep. Bachmann seems to imply that many 12-year-olds may not need the vaccine.  The statistics speak otherwise.

HPV, or the Human Papiloma Virus, is epidemic in the United States.  A recent study published in the Journal of the American Medical Association found that 24.5% of females in the United States aged 14 to 19 years are HPV positive.  Among women 20-24 years old, an astounding 44.8% were positve.[1]  HPV is everywhere.  And HPV is a nasty virus.  The consequences of HPV go far beyond cervical cancer.  It also causes anal, penile, and oral cancers.  It causes genital warts.  The therapy for HPV can cause “incompetent cervix,” or a weakened cervix that causes woment to deliver babies prematurely.  Therapy for HPV is time-consuming, expensive, and truly unpleasant.

Children and teens are contracting HPV at alarmingly young ages, many during their first sexual encounter.  Why?

But what about the risks?  They are minimal and rare.  HPV is not rare, and the consequences of HPV are not minimal.

So, let’s just say that your innocent little 12-year-old girl waits until marriage for her first sexual encounter.  She still has a very significant chance of contracting HPV from her spouse, even if he has had only one prior sexual partner, and even if he only had hand-genital contact with that partner.  And, statistically, her spouse probably will have had another partner.  According to a 2006 study, 75% of Americans have had pre-marital sex by age 20, and that number climbs to 95% by age 44.[2]

So, let’s just say your innocent little 12-year-old girl is a statistical anomoly and manages to find herself a spouse who has never had any form of sexual contact with another partner.  She is still at risk of contracting HPV by rape.

What to Tell Girls
Read
The Thinking Girl's Treasury of Real Princesses
Read
“Women of the Bible: The Good Girls and the Bad Girls” - Episode #1 - Eve
Read