To Whom Much is Given 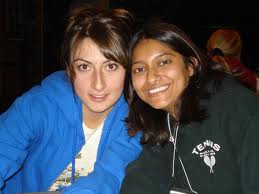 On the day that I’m preparing this column, the first reading for the Mass has words of exhortation from St. Paul. He tells  Christians to give of their lives each day in love and service of God to others. With that as an introduction -- I’d like to start by asking a question... and then tell you a story from this weekend.

Paul says that we are to give our lives in love and service to others. A question for each of us is this: What exactly and specifically is God asking of us today? I don’t think I can get myself off the hook by saying “I guess God wants me to go to Mass. (Or insert other practice such as the Rosary or an Adoration visit)” It may well be that God is very pleased that we take the time for Mass because it’s our most powerful and potent prayer. But I ask again: what is God asking of you and me today? I hope you will wrestle with that -- and wouldn’t it be wonderful to have a group of Catholic friends who would be willing to go to coffee and sit and talk about such things... talk and share about God in our lives.

Okay - here’s the story from this past weekend at our parish in Arizona. After the 11AM Mass, along with our priest, I was greeting people as they left Mass. Two young women were exiting and trying to talk with Father and they couldn’t get a clear shot at attention from him. My greeting area finished first and I started talking with the ladies. They were a part of an organization called Holy Love Ministries and they had reading tracts that they wanted me to take. I agreed to speak with them after I went inside and finished cleaning the vessels and setting up the altar for the next Mass.

When I began to talk with them, it turns out that the two women seemingly had some sort of separate but powerful religious experiences. One women had been raised as a poorly formed Catholic child in Mexico. She had gone to medical school and became a doctor. She was educated and formed to give women prescriptions for contraceptives and she also gave out condoms. In Mexico, she was trained to give things to women to let them have free-wheeling sex without complications.

The second woman was much younger. She had been raised in the rough areas of Los Angeles. Her mother had been born a Catholic but gave up faith practice and the young girl that I met Sunday had been an agnostic, someone who believed in nothing. By age 13, she was into drinking... heavy drinking. She was running around -- dressing the way some Hispanic girls do when they want to look older and sexy.

These two women didn’t know each other. Independently they were led to go to a place in Cleveland. And both of the women... the Mexican doctor and the trampy-acting teenager had alleged religious experiences. The teen girl said she had what might be called an illumination of conscience. While visiting a shrine, in an instant, her mind was opened to see the reality of the sins that she had been committing.... disrespect for God, for her body, for her earthly mother.

The teen girl came home and immediately got rid of her slutty clothes, and her whole life changed. She is now a daily Mass goer. She also spends at least an hour in Adoration every day. She is in college and she is a changed woman. The Mexican MD had a conversion of her heart about the way she was promoting free sex with no consequences. She is now a daily Mass goer and she is looking to find a way to join a medical clinic concentrating on Natural Family Planning and with total respect for God’s loving plan for marriage and reproduction.

These two women happened to be traveling back from a visit in California and they stopped at our Sunday Mass. After Mass, they were going to resume driving back to Ohio. Yet what were they doing along the way? They were being missionaries, trying to help tell people of the beauty of God’s love and mercy. As travelers, they were also looking for hospitality. We gave them three hours of welcome and hospitality. And God willing, their visit will wind up being an interview on our Catholic Vitamins Podcast in a few weeks.

And so I ask again. What is it that God wants of you today? To say your daily prayers? To go to a Mass if you can? Most surely. But is that all God wants of you? Of me? Of us?   We’ve been given so very much... And our Gospel tells us: Much will be required of the person entrusted with much, and still more will be demanded of the person entrusted with more.”

Commemorating the Dead: An Easy (and Meaningful) Craft for November
Read
Our Real Stories
Read
Holy Child 0-5 Ministry: Can You Help? by Kathleen Anderson
Read