Your Stable, the Manger and the Dung Heap

Remember your last days, set enmity aside; remember death and decay, and cease from sin! Think of the commandments, hate not your neighbor; remember the Most High's covenant, and overlook faults. Sirach 28: 6-7 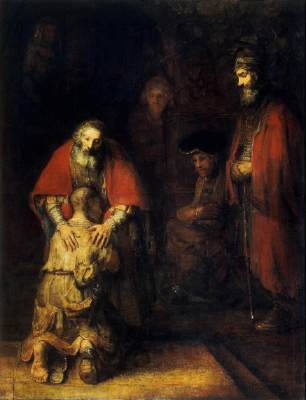 But let’s be perfectly clear. People are not doormats or punching bags. Forgiveness does not mean condoning or enduring violence and abusive behavior.

It’s interesting that the readings for the 24th Sunday in Ordinary Time, September 11, 2011, had everything to do with forgiveness. Advent is approaching. We can’t say we’ve prepared a place for the Lord in the stable of our heart where we continue to harbor unforgiveness. That’s the same as placing the manger on top of a dung heap.

The admonition to overlook faults is for the slightly annoyed and for the deeply wounded. Consider the penalty for unforgiveness in the Parable of the Unforgiving Servant.

'You wicked servant! I forgave you your entire debt because you begged me to. Should you not have had pity on your fellow servant, as I had pity on you?' Then in anger his master handed him over to the torturers until he should pay back the whole debt. So will my heavenly Father do to you, unless each of you forgives your brother from your heart. Matthew 18:32-35

Living as one who is not forgiven is like living as a wing-clipped bird. Refusing to forgive is like living as an emaciated prisoner chained to a wall in a musty, dark, rat-infested cave. Hearts grow hard and love grows cold with every day that we neglect to ask for forgiveness or offer forgiveness to someone who has trespassed against us.

“To forgive is to set a prisoner free and discover that the prisoner was you.” Lewis B. Smedes

Forgiveness, even if it begins as a prayerful, unspoken intention in your heart, can be honored by God with a trickle of grace that opens the flood gates of love, mercy and reconciliation. Forgiveness is a balm that mends the broken spirit and restores peace and balance to the family – the domestic church. Forgiveness can fill an old, empty marriage vessel with the best, new wine.

Inspiration for Healing, Restoration and Peace

Immaculée Illibagiza published the story of her survival of the 1994 Rwandan holocaust that resulted in the slaughter of approximately one million people in one-hundred days. Among the dead were Immaculée’s mother, father and two brothers. In Left to Tell - Discovering God Amidst the Rwandan Holocaust, Immaculée brings us face to face with the man who killed her mother and her brother as she did what most would think impossible and said what most would consider the unthinkable, “I forgive you.”

As Rick Warren, best-selling author writes, “If you’ve had a hard time letting go of a deep hurt, or difficulty in releasing your offender so you can get on with the rest of your life, Immaculée’s story can lead you to the place of healing, restoration and peace.”

What will it take for those unwilling to forgive before they fall on their knees and beg for the grace to forgive as Christ unconditionally forgives those whose sin scourged his flesh and nailed him to the cross? Who has suffered injustice and agony at the hands of another more than Christ?

Who has more to forgive than the Son of God?

What will it take for those unwilling to ask forgiveness before they humbly acknowledge their wrong doing and the hurt and pain they’ve caused another?

How much longer must those who live as the object of your unforgiveness suffer your vengeance?

Wrath and anger are hateful things, yet the sinner hugs them tight. Sirach 27:30 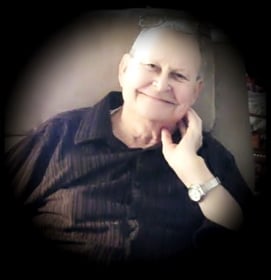 What Will It Take?

I had a long distance phone conversation with my father as he laid in an I.C.U. bed a short time before his death. His speech was labored and his words were faint. Every fiber of his being was straining to remain in the moment following colon surgery and the heart attack he suffered while still unconscious in the recovery room. This was the last conversation I had with my father. I flew to his bedside a few days afterward.

Our conversation ended with these words:

My Father: I love you too, Brian. It’s amazing what it takes to realize it.