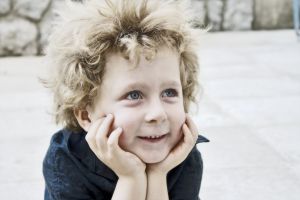 I have heard Catholic parenting “experts” discourage the diagnosis of attention deficit hyperactivity disorder (ADHD) and attention defecit disorder (ADD).  Such so-called “experts” especially discourage the use of medications to treat this diagnosis.  Instead, many Catholic parenting advocates encourage behaviorial modification and alternative parenting techniques.  As a Catholic pediatrician, I find that the best approach to ADD and ADHD is a combination of behavior interventions and medication.

Many parents are strongly averse to giving their child a stimulant medication, such as thosen often used to treat ADHD and ADD.   Most parents wouldn’t give a child with attention deficit hyperactivity disorder (ADHD) a caffeinated drink, for fear that their hyperactivity would only worsen.  So why do doctors give stimulants to kids with ADHD?  It seems so counter-intuitive.

A quick internet search will give you the medical explanation that ADHD stimulant medications increase dopamine and norepinepherine neurotransmitters in the brain and also increase blood flow to the brain.  While this is true, this explanation still leaves many parents confused as to why stimulants work.  As a pediatrician and a parent, I would like to offer another way of thinking about this paradox.

Kids with ADHD are constantly self-stimulating.  They wiggle, they talk out of turn, and their mind doesn’t seem to turn off.  Their thought processes are non-linear.  They talk while brushing their teeth and wiggling their foot at the same time.  They seem to do everything except follow directions.  Whey you give a stimulant to such a child, they no longer have such an urgent need to self-stimulate.  Non-medication stimulants also work, although for limited amounts of time.  If you give an ADHD child a lollypop, which provides oral stimulation, they are more likely to listen and follow directions.  ADHD kids usually have no problem paying attention to video games, which provide constant visual, auditory, and tactile stimulation.  Reading books and following directions, however, are not stimulating activities.  ADHD kids will try to get through these experiences by self-stimulating through wiggling, talking, etc.  If you give them a stimulant medication, they no longer have the need to self-stimulate.

According to a recent survey by the Center for Disease Control, nearly 1 in 10 U.S. children have been diagnosed with ADHD by a health care professional, about 5.4 million kids.  About two thirds of these children take a medication.

As a pediatrician, I do not feel that non-stimulant medications for ADHD have been in use long enough to really show their long-term efficacy.  Many of these drugs are mild sedatives.  It is my best medial opinion that sedating medications may meet the needs of teachers and parents more than the needs of the child.   These medications may keep kids from having hyperactivity in the home and classroom, but do they really help kids learn?  We do not yet have sufficient scientific data to suggest that sedating ADHD medications improve childhood learning and cognitive performance, especially in the long term.

Stimulants, however, are a tried and true treatment for ADHD.  Ritalin has been used to treat ADHD since the 1960’s and is still in use.  Many of the brand-name ADHD medications such as Concerta are just long-acting/slow release formulations of Ritalin.  There is an enormous amount of quality medical research on stimulants, especially Ritalin, that was not funded by drug companies.  Stimulants increase both fine and gross motor control as well as cognitive performance and executive function.  In other words, stimulants can improve handwriting and sports performance as well as behavior and attention.

ADHD diagnoses continue to increase in the United States.  Many attribute this increase in diagnoses to improved screening and greater awareness of the diagnosis.  As diagnoses increase, drug companies are going to continue to advertise designer drugs that curb the fears of parents.  I encourage parents to thoroughly research treatment options before declining stimulant medications.