Engaging Teenagers in the Faith, Part 1 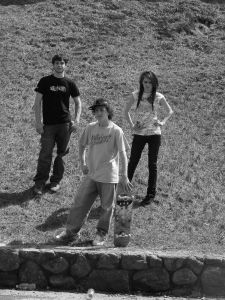 If you have one of those quirky beings in your house called a teenager, chances are you’ve heard the complaint that he or she doesn’t “feel” like going to mass.  If you heard this sentiment expressed by a muffled voice, deep from under the bed covers about 10 minutes before mass is about to begin, chances are also quite good that it sounded a lot more like a challenge than a quirk!  However, take heart, you are not alone and such a situation doesn’t mean that all is lost with your child and his or her faith.  In the next few columns, I will be presenting some ways that parents and parishes can help teenagers move beyond a “feeling-driven” and toward a “faith-driven” relationship with God, the mass, and church involvement.

In this first column I will be addressing the importance of putting our teenager’s feelings in the context of the natural progression of child development and of helping our teenagers put their feelings in the proper context of their other God-given abilities. After this I will discuss the importance of showing our teens how to better prepare themselves to have a more fulfilling experience of the mass, and after that I will be suggesting some ways that our parishes can actually become more teen-friendly.

Throughout the teenage years it is our children’s job to separate from us.  It seems strange, even hurtful when they seem to love their Face Book friends or our car keys more than us, but it is a sign of their emerging independence, and therefore, the first thing to do with statements like, “I don’t feel like going to church” or an even more dramatic, “I hate church,” is to not overreact.   They would most likely say the same thing, “Boring!” about anything that might separated them from their pillow and/or their peers.  Knowing that church attendance isn’t really the problem, only one of many possible, parent-centered ideals that children might push against on their road to independence, can lessen the sting and help us not jump down their throats when they make hurtful comments about the faith we love.

Next on our list of ways to help our teenagers grow in a faith-driven relationship with God is to assure them that they are not loyal subjects of their fickle feelings.  In other words, not “feeling” like going to church doesn’t have anything to do with rightness of nor their ability to get out of bed and get in the pew.  Feelings do not actually have the power to “make” any of us do or not do anything.  I’m not saying to dismiss, minimize, or try to change their feelings.  (Got it?  Do NOT trivialize their feelings.)   What I am saying is that we can gently take the imperial scepter away from our teenager’s feeling by putting their feelings in proper relationship to the suite of other abilities God has also bestowed on all human beings such as will power, intelligence, common sense, and so forth.

Valiant stories of knights in shining armor, self-sacrificing tales of Saints and martyrs, inspiring life stories of the greatest athletes and musicians, or tales of their own immigrant grandparents will work perfectly to demonstrate the limited ability of feelings to dictate a person’s actions.  Do we really think any of these universally respectable people woke up each morning feeling like another boring day of riding on horseback across treacherous mountains in heavy, hot armor?   Like laboring in the mill, the mine, or the kitchen from sun-up to sun-down 6-7 days a week for just pennies?  No, of course not, but they did anyway, because they were not unwilling subjects held captive by their emotions, but willing participants of the greater good calling their name.

So, the first two, cheery responses we can have to a muffled, “I don’t feel like going to mass,” are to not over-react and to help our teenagers contextualize their feelings.  However, if there isn’t time to have a full blown, rational discussion with that muffled voice and still get to mass on time, giving a teenager two minutes to get out from under the covers or lose Facebook privileges or the car keys for a month ought to do the trick until the discussion can be had.