The Beauty of the Sacraments 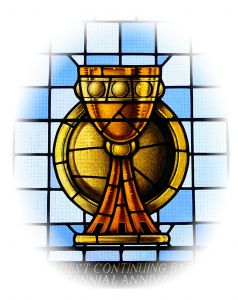 Despite how easy it is, we must not get lax and allow ourselves to go through the motions of the sacraments or completely disregard them. In disregarding the sacraments we miss out on the special graces that they have to offer us. We have to make the conscious effort to realize that confirmation is more than a celebration with well-meaning confirmation gifts which aim at furthering one’s faith life. Likewise, first communion is also more than just a simple coming of age celebration, though well thought-out first communion gifts can remind the first communicant well after their first communion of the graces they received. By opening ourselves up to the true meaning of the sacraments and fully embracing them with all of heart and mind, we can then be transformed by their incredible power.

I know that the sacraments have transformed many people’s lives. Once a friend and I were discussing the sacraments and he told me about an experience he had. He told me that years ago he was very concerned about his financial situation when he got some troubling news which led him to think that he was not going to be able to return to college the following semester. This news completely broke him down initially. Thankfully, he received this news on a Sunday before mass, and at mass he realized that he had to put this matter in God’s hands and know that His Will is far more preferable than his own. He knew that he had to trust in God. Before the sacrament of the Eucharist he prayed that God would open him up fully to the graces of his Body and Blood in ways unlike ever before. After receiving the sacrament he had this deep knowledge that everything was going to be fine and that he would find a way to return to college which he knew was the Lord’s will. He could feel the strength and trust of the Lord’s Will in ways that he had never experienced before. Later that night he found out that he was accepted by a program which provided enough of a stipend that would allow him to return to college the next semester. As you can see, this day has left in impression on his mind and heart because of the Holy Eucharist and the graces he felt that day.

I ask that you take this story to heart and that in all of the sacraments you will remember to pray that the Lord will open you up to their graces. And hopefully you will have an experience in which you realize the change those graces can create within you. My friend learned from this experience and many others to never underestimate the amazing gifts and graces of the sacraments.

How can you help your children, nieces, nephews, or grandchildren understand the graces beset upon them long after first receiving the sacraments?