Gathering Up Bundles of Faith Logic

Yes, faith and logic can stand side by side. In fact, in my experience, they almost always do.

To the point, I’ve been carrying around this book for the last couple months, ingesting it little by little.

It’s not that it’s a big book. On the contrary, it’s actually quite small. But the ideas packed into it are condensed. I’m finding myself dog-earing or underlining about every other page, because page after page contains quotable quotes. 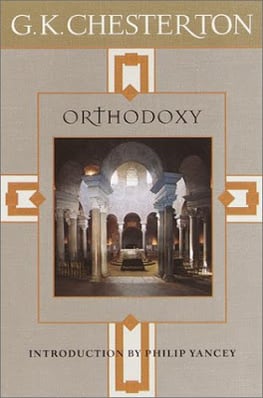 The looks of it speaks of something potentially dry. From the outside, one might be intimidated. “Orthodoxy?” But what I’ve found instead is a read that is not only insightful but endearing. This is the written testimony of a former skeptic turned Christian — one of the best sorts of people, I’ve found, to energize my own faith.

Christians who can’t remember a time before belief seem to share the problem of taking faith for granted. And then, when we’re pressed on the issue of what we really believe, we grasp at an explanation that will satisfy the skeptic, or even our fellow Christians. Noting our hemming and hawing, they conclude we really don’t have a faith at all, that it’s all an illusion.

Don’t let the critics sway you from your grounding place. God is extraordinarily logical, and so is the faith He’s given to us so that we might know Him. It’s not just about emotions and things that can’t be measured. Faith is real and can be grasped by the human mind willing to engage in an honest search. But the right sources must be tapped.

It’s this way with anything that begs an explanation. Tools — the right kind for the job — may be needed. A good and, even better, credible guide is essential. That’s why I find people like Chesterton so refreshing. He’s wrestled with the questions from the outside-in, so he’s capable of leading us to the place of logic, step by step.

Take this one for example. The other day I pulled it out of a chapter I was reading in Orthodoxy and slapped it on my Facebook wall. It just feels wrong keeping stuff like this to myself.

If that isn’t a solid case for our having been made to yearn for a world beyond this one, I don’t know what is. It resonated powerfully with my Facebook friends, generating many comments and likes.

The next day, I shared a quote I heard from Fr. Robert Barron on Catholic radio on my wall. He said something to the effect that we can’t talk about human rights without talking about God, since God is the one who grounds us in them.

A short while later, my friend Eric shared briefly the conversion story of Francis S. Collins, author of The Language of God: A Scientist Presents Evidence for Belief. Eric said Collins became a Christian, in large part, because he realized the paradox of humans adopting a code of human rights, which goes against the natural animal instincts we should be driven by. He concluded that even the idea of human rights had to have been influenced by a creator. 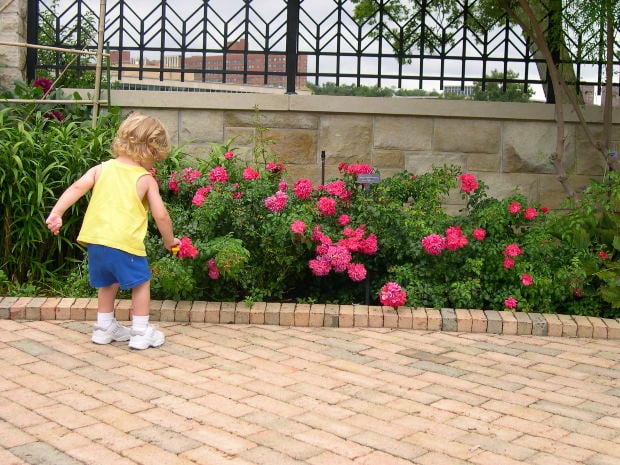 These bursts of reasoning kept me inspired this week. And I like thinking of these gems as flowers I’m gathering up, one by one. We are all collecting these flowers of faith to share with others when the time is right, since flowers beg to be shared, not hoarded and hidden.

Q4U: What are some of your recent finds and quotes that have helped affirm your faith? What are some faith questions you still haven’t wrapped your brain around?