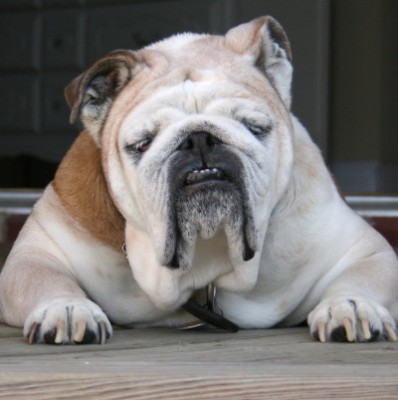 Truly, dogs are part of the glory of God’s creation. They are “man’s best friend” when everyone else is gone and Jesus seems far away.  But what is the best role of a dog in a family?  As a pediatrician, I am not sure there is a good role for a dog in a family once you have accepted God’s call to parenthood of babies and young children.  I am well aware this is a highly contraversial statement.  But please, read on, and you will understand my perspective.

I recently cared for a nine-month-old baby girl who came to our emergency room with a dog bite that had ripped her face and scalp into pieces.  As soon as I entered the room her father’s first words were, “It wasn’t the dog’s fault.”  He went on to explain how this crawling infant had provoked the dog.  I spent a long time talking to this nervous father and crying mother about dog bite prevention, and I reported the situation to animal control and the local police.  The parents assured me that this infant would never be around this dog again.  A few months later this same infant came back to our emergency room with another dog bite to the face, from the same dog.

I wish I could say that this was an unusual story, but it’s not.  While the plastic surgeon was sewing up this infant’s face, we exchanged dog bite ER stories.  Most notably, he sewed up one woman’s dog bite to the face only to read in the newspaper that she had been killed by her dog a few months later.   The ER nurses also had plenty of dog bite stories to share.

What makes these stories so amazing is the consistent denial from dog owners that “man’s best friend” can be an enormous risk, especially to young children.  While sitting in the ER with their bitten child, dog owners have told me, “He’s really a very friendly dog,” and “he’s never bitten anyone before.”  Usually, there is a sentiment that the dog was provoked by the child and therefore the dog is not at fault.

There are almost five million dog bites every year in the United States and nearly one million require medical attention, according to the Centers for Disease Control.  There were 31 fatal dog attacks in the United States in 2011, including a 15-day-old infant.  You can read their stories at www.dogsbite.org.  Children under ten years of age are at particular risk of dog bite.  Most dogs bites are from dogs known to the victim, owned either by the victim’s family or neighbor.

Here are a few key things you can do to prevent dog bites:

When a dog bites a crawling baby or excited toddler, whose fault is it?  Dog owners are quick to say it wasn’t the dog’s fault, as evidenced by my stories above.  And they are right, it wasn’t the dog’s fault. The dog was being a dog, and the toddler was being a toddler.  Was it the owner’s fault for not controlling their dog, or the parent’s fault for not supervising the child?

Our law says that it’s the owner’s responsibility to control their dog.  As a pediatrician, it’s my best professional opinion that dogs and young children just don’t mix, and I think parents have a responsibility to keep their young children away from dogs.  Even “good” dogs bite and can kill, and it is a parent’s job to keep dogs and young children separate.  I know this is a highly controversial subject, especially for dog lovers. But as parents, we go to extremes to protect our children.  We’ve stopped using baby walkers and drop-sided cribs.  Playground safety regulations get tighter every year.  So why would you expose your child to the risk of a dog bite?

Some parents do understand.  I recently took care of two sisters who had been attacked by a family dog.  I started to explain to the parents that I am required to make a report to animal control.  “Don’t worry,” they told me, “the dog’s already dead.”