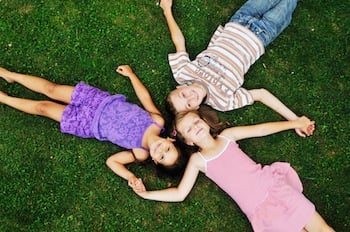 Just the other day, my three kids and I ran to the grocery store after I picked them up from school. We had to get a few things. Benjamin, four years old, was scheduled to bring snacks to his preschool the next morning.

We were not in a hurry, but I did want to get home to finish the homework and other chores before I take our daughter, Gianna, to gymnastics. I asked Gianna, our soon-to-be eight-year-old, and Ian, who is 10, to go to the egg section and select a carton with no cracked eggs. Benjamin and I would go to the other direction to get the celery.

When Gianna and Ian returned and we were all together, Benjamin announced he had to go “potty”. I asked Ian if he would take his brother while Gianna and I go to the front to check out.

With Ian’s reaction, you would think I had asked him to scrub the toilets at Dillons with a toothbrush. In the next five minutes I got versions of, “I already did something you asked,” “I am tired of always doing everything all the time”, and “No, no, I am just not going to do it”.

A few minutes later, Ian realized that we were out of one of his favorite desserts: Drumsticks. He asked me if we could get a box. Again, with raised eyebrows I said no. Ian scrambled, begged and repeatedly offered now to take Benjamin to the bathroom. Obviously, the drumsticks were worth more groveling to Ian than the cereal. I declined his offer and took Benjamin to the restroom myself. We left the store without the Drumsticks.

Had I left our interaction at that point, I would have missed an important teaching opportunity. I would have even conveyed an unhealthy message to Ian. My point was not to advocate a world view of “an eye for an eye and a tooth for a tooth” or “if you scratch my back, I will scratch yours”.

On the drive home, I asked my kids why I did not buy the cereal nor the Drumsticks when Ian requested them and what lesson was I trying to teach. Their answers validated the importance of directly and clearly teaching our children about virtue. I explained that we are called to be generous with others like God is generous with us. When someone asks us to do something within our capacity, we must do it generously without counting how many other generous acts we had performed previously.

Catholic Women’s Guide to Healthy Relationship Tip: Find one teaching moment and understand a lesson God is trying to send you today about how to live a better life that you can share with someone else.