The Importance of Gentleness Towards Ourselves 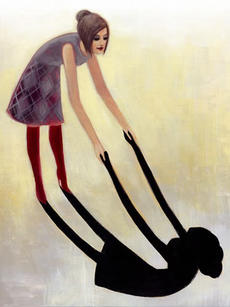 The Importance of Gentleness Towards Ourselves

Patience with self is every bit as important as patience with others. Self-critique, under a loving eye, is the God-given gift of our conscience, while self-criticism is a tool used against us, stirred up in the heart of the enemy, and thrown at us without respect or care. A stark criticism of self can rise from even the littlest misstep, bury us under endless accusations, and let us know why there is no way we are going to make it.

Negative self-concepts and remembering too clearly plagues even the most mentally balanced person. Why recall and mull over past mistakes? Why not, instead, ask God to transform that mistake into our own holiness and the salvation of others, as only He can do? Why not cooperate with Him to use our past mistakes for good? For when we dig into yourself only to punish, we cooperate not with the God Who loves us, but with the enemy of souls. And some of the things we have labeled mistakes, may not have been such at all, but the refining of our illiterate nature.

St. Frances de Sales speaks eloquently against the upset over one's faults, in Chapter 9 of Introduction to the Devout Life:

"One of the first applications of gentleness is to practice it toward ourselves. We ought not to become overly disturbed with ourselves because of our imperfections. Even though it is natural for us to be displeased and confused when we commit faults, we must guard against too strong a disappointment, chagrin and anger because of them. Many are at fault in this: They become enraged at being angry, disturbed at being disturbed and vexed at being vexed!

In this way their heart remains steeped in and overwhelmed by anger. It may seem that the second anger destroys the first, but the contrary is the case, for it opens the door to a new anger as soon as an opportunity presents itself. These angers, spites and rancors against oneself tend to pride and have no origin other than self-love which is disturbed and troubled at seeing its own imperfection.

Our displeasure at our faults must be calm, peaceful and firm. A judge’s sentence is much more efficaciously rendered when it is delivered reasonably and peacefully. When however, he judges with impetuosity and passion, he does so less according to the actual fault committed than according to his mood. We too correct ourselves better by a calm and lasting repentance than by one that is bitter and angry, especially since such a repentance is not always proportionate to the gravity of the fault, but rather is frequently inclined in the direction of our personal preferences.

In practice, the one who esteems chastity will be tremendously upset by the least fault against this virtue, but will only laugh off a serious slander. On the other hand, the one who detests slander will reproach himself for the least word against his neighbor, but will be unconcerned about a fault against chastity. Such people form their conscience not with reason but with passion.

Believe me, Philothea, a parent’s gentle and affectionate corrections are far more persuasive than those made with anger and wrath. The same is true for our heart when it has fallen into some fault. Let us pick it up gently and tranquilly, encouraging its amendment with more compassion because of its frailty than passion directed against its fault. Repentance resulting from this approach will be far more profound than one made as a result of burning anger."

Yes, mistakes are made, errors flash like headache-inducing strobe lights, but now it is time to stop the foolishness and learn. Beating oneself up will never perform the miracle of what true repentance and gentleness towards oneself can accomplish. It doesn't take a genius to know that hammering repeatedly on something soft and vulnerable and full of shame will not make it stronger, but render it weak and pining for the gentleness it refuses to give itself. Try to catch yourself next time your mind condemns you, like you might catch your fingers drumming on a table, wondering why you were doing it in the first place--then draw back and walk away.

The Danger of Comparing Ourselves to Others
Read
Five Minutes Alone and Small Steps, Day 6: Gentleness
Read
Making the Best of Ourselves
Read