Rise Up, Oh People of God! 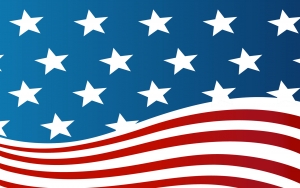 Rise Up, Oh People of God!

Modern Eugenics? Does it exist? I think it does, and the enemy has slipped it in: slyly, subtly, coyly, and "through the back door" so-to-speak.

New life is a gift from God. The Catholic Church teaches that all married couples are to be "open" to God's gift. There used to be a universal understanding, within the congregation, that one of the main reasons for marriage is "the procreation and education of children". Marriage is meant to be both unitive and procreative. As the Catechism states, of marriage in section  # 1643: it demands indissolubility and faithfulness in definitive mutual giving; and it is open to fertility.

If couples of old were to "space" their children, it was always for very grave reasons. Now, the definition of "grave" has been watered down to a list that includes: annual money for vacations, lack of day-care while mom's at work, wanting to travel, lack of patience, and the like. One must ask oneself if these are truly "grave" enough to turn away, in marriage, from what the Bible tells us is a "great blessing" from God. Psalms 127:4-5:
"Like arrows in the hands of a warrior, so are the sons of one's youth. Blessed is the man whose quiver is full of them".

There is a war on, in America. This war is raging and is led by the enemy of Christ. This war is anti-Christian, anti-marriage, anti-family, and anti-Absolute Truth.

As stated in an article at infowars.com, the Bill and Melinda Gates Foundation has given a significant portion of monies to the University of North Carolina. The reason? To develop "ultrasound infertility technology" which, when used, could render human sperm non-viable for up to 6 months.

Mr. Gates was also quoted, speaking to a live audience, in 2010 saying: "The world today has 6.8 billion people...that's headed up to about 9 billion. Now, if we do a really great job on new vaccines, health care, reproductive health services, we could lower that by, perhaps, 10 or 15 percent".

Hitler's form of "eugenics" was aggressive and in-your-face. He attempted to 'build the gene pool' of humanity by sending millions of people, whom he had deemed, weak and unworthy, to their deaths.

"Modern Eugenics" is, by far, more "subtle". It comes by convincing people to put chemicals into their bodies to "stop" the "further production" of human beings. It comes by injecting things into seeds and crops and vaccines and medical technologies, that make people "infertile".

Mr. Turner has publicly stated that he believes in "one child families" for America.

Mr. Turner owns more land than any other person in our country. He claims to have purchased it so that 50,000 Bison could roam; an animal, he says, which was verging on extinction.

Thus, it is "ok" to bring human procreation to a near halt in order to make more room for Bison?

We, as Catholics, need to educate ourselves, become alert and aware of the "modern eugenics" that are infiltrating our society, today.

While each married couple is on a journey, in Christ; and, each must pray and discern their calling, insofar as being open to life is concerned; we, as a people, must speak up and defend "LIFE". We must not allow things to be put into our food supply, without our knowledge, that make future generations of women incapable of conceiving the gifts of life that God may want to send to them.  Matthew 19:6: "What God has joined together, let no man put asunder".

In November, the United States of America will decide who its next leader will be. As Catholics, we are obligated to accept, embrace, and do our best to live out the Teachings of the Faith; and, therefore, all that we do, including: voting for a president, must be done with the protection and dignity of LIFE, in all its stages, in mind.

If we knowingly support candidates who promote and advocate laws, technology, services, and products that destroy life, then we are culpable and implicit partners in their sin.