It's Hard to Be Humble 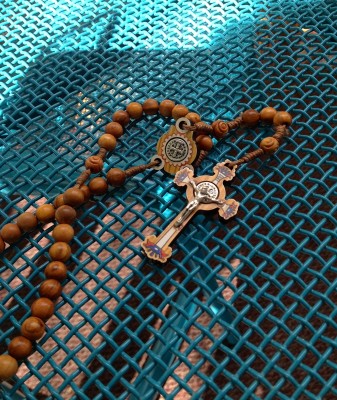 It's Hard to Be Humble

Last Thursday, the third Luminous Mystery or the Rosary stuck in my mind. I have been thinking about it ever since.

As one example of the Proclamation of the Kingdom, the Mystery cites the words of Christ as found in Mark 10:15 and Luke 18:17. “Truly, I say to you, whoever does not receive the kingdom of God like a child shall not enter it.”   I have heard these words countless times, but as I read them this time, I thought “What does that even mean?”

These simple words actually have many meanings. I consulted some of the commentary on this verse and most of what I read suggested that the passage is meant to stress the sanctity of marriage and support the practice of infant baptism. Those may well be the institutional meanings, but I am more concerned with what Jesus was really saying to the apostles and by extension, what was he really saying to me.

To the apostles, he seems to be saying, “You are becoming too focused on me as a teacher, you are becoming too concerned about protecting me from the people I am here to serve” As close as the apostles were to Christ, they still viewed him through the lenses of religion, politics and social custom. The children on the other hand, wanted only to touch him, to experience him in a direct, open way.

It strikes me that I am being asked to do the same. To go beyond looking at Christ through the lens of my faith, my politics, my personal values and approach him with the humility of a child. The Gospels tell us it was difficult for the apostles. It is perhaps as difficult for those of us who live in a time when neither humility nor religiosity are held in high regard. We are all supposed to be too smart, too sophisticated and too rational to even believe in God, let alone humble ourselves to him.

So, back to the Rosary. Until a couple of years ago, I didn’t give the Rosary a lot of thought. Sure, I said it from time to time and participated in funeral Rosaries, but in general, I considered it to be a dry and repetitious exercise. I thought it was a rather unsophisticated approach to prayer. (Not that I was engaging in any sophisticated prayer at the time!)

A year or so ago, I realized I was missing the boat. I took up the Rosary on a daily basis. I started out by just grabbing a Rosary and praying.

The first thing I learned was that I didn’t really know how to pray the Rosary. I only thought I knew.

In the beginning, I was just stringing together a series of Hail Marys and Our Fathers . Only through time did I become more focused on the structure of the Rosary and its mysteries. I began to reflect on them day by day, decade by decade. Over a year later, I am still learning.

In a sense, praying the Rosary is coming to Jesus as a child. I was not logically or intellectually convinced that the Rosary has value. I had to take it on faith and go from there. Now its value is obvious to me. The Rosary allows you to be with God in a very simple and direct way.

Praying the Rosary provides the opportunity to come to Jesus as a child in a second way as well. As a child, how many of us came to our mothers to intercede on our behalf with our fathers? In addition to allowing us to reflect on Christ, it allow us to recognize and benefit from the Holy Mother’s role as a mediator in our relationship with him.

Although I have come late to the Rosary in my long and winding reversion, I know my experience is not unique. Having read and heard a number of conversion and reversion stories over the years, praying the Rosary is often mentioned as a discipline that comes into play late in the process. I think that’s because a certain humility required to say it.  It also requires a certain amount of humility to recognize Mary’s role in our relationship with Christ. It requires a humble heart to approach Mary to intercede on our behalf when we are in need.