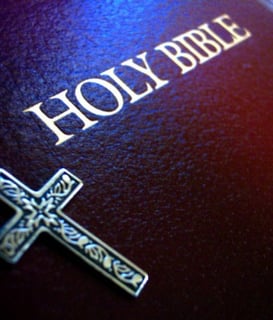 All opening chapters of the Bible are revelatory and inspired.  They also show us the direction of the entire writing and sometimes give us the purpose and intention of the evangelist or sacred author.  Today we start a week of readings from the Book of Revelation and it opens up for us a new look at the Parousia or the Coming of Jesus at the final days.  In a sense, it helps us get ready for the season of Advent that begins after two weeks this year (2012).

As believing readers we know fully the story of the early Christians but need to meditate and reflect a little more attentively and deeply in order to stir up our own prayer life and preparation for the new liturgical year.

The approach is not an individualistic or personal way of life but one shared in a community of believers as we learn from the Book of Revelation.  We start with a reflection on the Church at Ephesus, one of the seven lamps lit and protected by the seven spirits (angels).

It is always a Jesus and we approach, not a Jesus and I.  We learn that our guide will be a holy inspired person who shares with his visions of the last stages of salvation history. His name is John of Patmos and he is not the apostle John. This was known by some of the earliest of the Church fathers.  It is true that there is a long history to Ephesus which is also connected to the apostle John and also to Mary, the mother of Jesus.  This tradition coincides with the one in Jerusalem that claims to be the place where Mary died.  We know from the Scriptures that John and Mary were given a mission from Jesus as he died on the Cross.

There are churches dedicated to Mary and John at Ephesus and they go back to the fourth and fifth century.  It was the custom to name churches after the apostles or holy ones who actually had been there or lived there.  The tradition of Jerusalem was fostered by a bishop with worldly interests while that of Ephesus just is quietly there and is a more peaceful area for a shrine and house said to be that of Mary built possibly by John.

John of Patmos writes differently than the other writings attributed to the Apostle John ( the Gospel of John and the three letters of John).  It is this visionary or seer who is given the revelation about Jesus Christ from one of the angels—there are many in the Book of Revelation.  He is told to write down what he will hear and see and he does this for us the believers.  His perspective is an ecclesial one which directs attention to the seven churches in Asia Minor where he probably preached and visited.  His attention is focused on revealing to the Churches what is expected of them in these difficult times that seem to be taking them to the end of days.  This was a preoccupation with some churches in the early centuries of Christianity.

Ephesus is important in our history for it is there that the Christological dogma of the Incarnation is declared and the term for Mary is Theotokos which means the God-bearer (Mater Dei, Mother of God).  John tells the Church at Ephesus to return to its first love and fervor for the Lord Jesus Christ who is the Alpha and the Omega, the beginning and the end.  They do have some commendable gifts of patient endurance,  discernment of who are true apostles of the word, and are the most prominent among the seven churches.  The command to return to their first love and fervor is given to them as a metanoia or conversion project.

People often have a negative attitude toward this final book, but it is one that is connected to liturgical symbolism and dependence on prophetic works from the Hebrew Scriptures.  It may be a profound reflection on the Mass of those days and the Eucharistic celebrations.

Though some of the scenes are horrific, we should not dwell on them but realize they are visions of the seer of Patmos and like our nightmares they too have a message to convey to the attentive reader. The book unravels in a more Semitic fashion than as a Greek perspective.

Jesus Christ is the center of this work as Victor over all evil.  He is symbolized by many new titles:  Lion of Judah,  unblemished and sacrificed Lamb of God, the Alpha and the Omega, etc.  Jesus is both the center of history and the climax of it as we move toward the Parousia or Second Coming of Christ.

By taking a more prayerful attitude and discovering the positive messages spread throughout the work we can overcome the “social media” perspective that is inflicted on this great work by those interested in lucrative gain by making it a sensational step by step history of what is to come.  Even though Luther and St. Jerome were not favorable to this work, millions of believers have come to appreciate it as the final book of the New Testament.   I found this prayer of Fr. Gene Contadino, S.M. as a noteworthy spirit of the work:

We see and interpret, O God, the events of our days and while some are depressed others see the tender shoots of new life that portend a different future. Allow us, in hearing Your word, never to lose confidence in Your presence, and in the middle of the challenges that we face every day, fill our hearts with the faith that Mary lived so that our lives will mirror her trust in You today and forever. Amen.