Confessions of an Our Father Hand-Holder 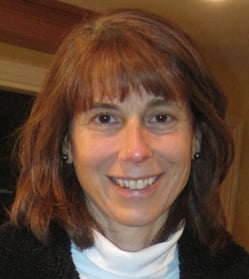 Editor's note: Today, we welcome a new contributor and friend to our CatholicMom.com family. Sharon Rayner is a wife and mom who blogs at In Joyful Hope. Please join me in warmly welcoming Sharon here at the blog. LMH

Confessions of an Our Father Hand-Holder

Now, Daughter #1, while both compassionate and generally sweet, is extremely rules-based.  For example, the only information I was ever able to extract from her on a daily basis during her kindergarten year was what my husband and I eventually dubbed “The Yellow Light Report.”  Every night, upon asking her about the generalities of her day, we were informed of that day’s five-year-old transgressors, sometimes complete with details of their misdeeds.  So this situation was serious—using the word “hate” followed by the name of a person, not to mention a priest, is a major offense, and she knows it.

When I recovered enough to ask the nature of her complaint against Father X, she indicated that he is unfair (oh, how she loves that word!) because he no longer allows hand-holding during the Our Father at Mass.  Now, of course, it is allowed, but discouraged by many.  I must admit, with sorrow and regret, that the true source of her vexation was me.  For quite some time I was influenced enough by peer pressure that I stopped holding the hands of my children during the Our Father.  Here’s why.

With an admittedly faulty memory, I do remember a homily that addressed this practice a number of years ago.  The priest told the congregation that, while the Church does not formally forbid the hand-holding or outstretched arms, it is a relatively recent addition to the liturgy and does not occur in other parts of the world.  I considered stopping then, but decided that if it’s allowed, there was really no reason to change a practice that my children enjoyed.

Fast-forward about a year.  While I was sitting in a bible study break-out group at my parish, the topic came up.  The prevailing attitude in the room was one of abhorrence.  A few of us did not understand the strong negative emotion and inquired as to the nature of the objections to the practice.  The only explanation offered to my recollection was the following:  “Protestants attending the Mass might mistake the hand-holding for the Communion.”  Really?  That’s it?  I should decline my three-year-old’s hand because a hypothetical Protestant might be confused?

Feeling emboldened by the weakness of that argument, I ventured forward with a brief comment in a small voice:  “I think the Church allows it.”  I was immediately peppered with assertions that I was incorrect.  Again, quite diminutively, I said that I remember a homily by Father X during which he said that the Church does allow it.  I was met with indignation and a chorus of “Father X would never say that!  Father X hates hand-holding!”  Once more, very weakly now, I asserted “I do remember it.  It was in a homily some time ago.”  Countered my comrades, “Well, I missed that one!  Are you saying that there’s a papal dispensation?!”  Now, I’m not a confrontational person.  By this point there was a lot of angst in the room, so I only shrugged my shoulders.  The parting shot of our fearless group leader was “I’m going to look that up!”

I’m not sure if she ever did because I never went back, but I did look it up, and here is what I found on the USCCB website:

Many Catholics are in the habit of holding their hands in the “Orans” posture during the Lord’s prayer along with the celebrant. Some do this on their own as a private devotional posture while some congregations make it a general practice for their communities.

Is this practice permissible under the current rubrics, either as a private practice not something adopted by a particular parish [or] as a communal gesture?

No position is prescribed in the present Sacramentary for an assembly gesture during the Lord’s Prayer.” (boldface mine)

Now, while some die-hard anti-hand-holders will likely decry this lack of a firm opinion as a failure of moral courage on the part of the USCCB, I think the bishops punted because it’s simply not a big deal.  I continued to accept my husband’s and daughters’outstretched hands.

Fast-forward to last year.  In a conversation about the Mass with a new friend whom I admire and respect, she declared with a look of disgust on her face that holding hands during the Our Father is about as “lukewarm” as a Catholic can get.  Not wanting to go there again, I moved the conversation in another direction.

The very next Friday, through happenstance, I found my daughters and myself in the pew with my new friend and her children.  I had invited them to our parish, and I was happy to be there with them until we stood for the Our Father.  Panic seized me as I knew I was about to be convicted, with one offense, of being a lukewarm Catholic.  I didn’t immediately take my daughter’s hand, and as my five-year-old reached for the five-year-old hand of her classmate, I saw the other mom make eye contact with her daughter and her shake her head no.

It saddens me to admit that after that experience, and having heard many people whom I genuinely respect denounce the practice, I stopped accepting my children’s hands during the Our Father.  I didn’t tell them they couldn’t hold hands, and they continued to do so.  For a time, I separated myself from my family while we prayed in the words that Jesus gave us—until August 7, 2011.

Here is an excerpt from that Sunday’s gospel, Matthew 14:

27 But Jesus immediately said to them: “Take courage! It is I. Don’t be afraid.”

Then Peter got down out of the boat, walked on the water and came toward Jesus. 30 But when he saw the wind, he was afraid and, beginning to sink, cried out, “Lord, save me!”

31 Immediately Jesus reached out his hand and caught him.”  (boldface mine)

As I reflected on that gospel, I couldn’t help but wonder how many times Jesus might have taken the hands of His mother or the disciples in prayer.  I thought of other instances in the bible in which the touching of hands played a central role, notably Exodus 17:12 and Luke 8: 43 – 48.  I went to BibleGateway.com and found 138 instances of the word “touch” in the bible.  I’ve not since declined my daughters’ hands.

I understand and am very grateful that no one may add or delete anything to or from the Mass, but the topic of gestures during the Our Father has been specifically addressed by the USCCB.  As a governing body, the bishops posted a comment on the issue directly on their website, and they did not forbid it.  If they later reconsider and declare it objectionable, my family and I will comply out of obedience, no questions asked.

I’m still unclear on why it is so problematic for my family of four to quietly hold hands during the Our Father or for others to quietly lift their hands toward Heaven.  As our Church is under constant attack from the outside regarding issues of major doctrinal significance, I’m hoping this issue will fade to the background.