Lessons from the Empty Nest 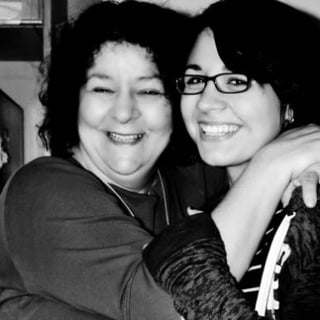 Lessons from the Emptying Nest

I have dreaded this era of my life since June 2, 1993. It was the day I became the mother of my lovely 19 year old daughter Gabriela Maria. My mother had often repeated the idea during my life that our children are just loaned to us by God, for a brief time to be launched out in the world when they are ready, yet the thought of letting go of my precious daughter was frightening to me. We are very close.  I only worked for one terrible year outside the home, missing my sweet toddler all day till I rushed home from school at 2:00 PM to nurse her to sleep for her afternoon nap. I vowed never to work outside the home full time, and thanks to my husband, I was able to keep that promise.  I devised ways to be home as much as possible, from running a home day care, to teaching at a local college Saturdays while she and her sisters spent time bonding with Daddy. They rode bikes and went to the beach, and I would find them disheveled and happy when I returned from work.

We homeschooled for eleven years, then Gabbi went to a Catholic high school where she became a leader in the pro-life club and student government. It wasn’t easy, moving from Long Island to Connecticut in her freshman year, she was angry at me for her entire 15th year, but now thanks me for taking advantage of the beautiful Catholic community in Eastern Connecticut, where we have many friends. We prepared for college all summer, she helping me organize a home office so I could live without her gift for organization and me helping her build a wardrobe and fix her car. I couldn’t bring myself to help Gabbi pack; however, I left that to her younger sister, 15 year old Bella. The two would talk and laugh long into the night, while sorting through the stuff of their shared room. I fought the dread of her departure all summer, often succumbing to morose reflections like, “you won’t be going to Mass with us next month.”

When the day arrived, I was remarkably calm. After all, leaving a beloved child at Franciscan University of Steubenville is a reason to celebrate, not mourn. Freshman Orientation was as much a time of learning for the parents as the students. We celebrated inspiring Masses and learned the term, “dynamic orthodoxy” which is the hallmark of a Franciscan student. Living the fullness of the Catholic Faith with all the boisterous joy of a college student, all the while growing in knowledge of the richness of our theology. I discovered that Gabbi was one of an exclusive club, one of only two transfer students admitted into the third rated Bachelor of Science in Nursing Program in the nation. Her father and I were bursting with pride as we drove down University Boulevard towards the bridge to West Virginia. Our job would now consist in being Gabbi’s cheerleaders and intercessors.

Once we returned home I turned my attention to the two daughters still at home; my 15 year old high school student, Isabella and 10 year old Christina with Down syndrome. Bella, like Gabbi had homeschooled for her Freshman Year of high school, and was entering a Catholic prep school which would challenge her both academically and spiritually. Christina was experiencing some physical challenges and I had just discovered that she has a sensory processing disorder, which impedes her ability to communicate. The needs of my younger girls being so demanding, I missed Gabbi’s company all the more. After adjusting to life in the countryside in Connecticut, Gabbi had become my confidante. Bella is going through the agony of a 15 year old who is becoming independent while still at home and I have to do the delicate dance of mom who is needed but not always welcome. Christina has difficulty expressing her needs so I have to learn about her conditions, and then take educated guesses at how to meet her needs.

I spend long hours talking to specialists and taking her to appointments where she can receive needed therapy. I arise before six to drive Bella to school, and work with Christina who has to be coached through her dressing routine in the morning.

So, these lovely daughters have less emotional gratification to offer Mom than their absent sister, yet I have become more disciplined in my prayer life, adding a three o’clock Divine Mercy Chaplet , and Rosary walk of 1-2 miles and reading Magnificat in the morning. I have made efforts to spend time with good Catholic friends who support me. This has given me the strength to endure teenage trauma, and the added work of a child with special needs while Gabbi is busy building her future over 500 miles away.

So when Gabbi came home this weekend, and at last I embraced my college girl, she was as impressed with how much her sisters and I have grown as we were in her newfound independence. We have never been more grateful to God at Thanksgiving than this year of the newly emptying nest.