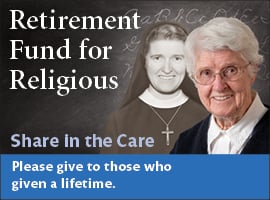 Editor's note: The National Religious Retirement Collection will be taken up in parishes the weekend of Dec. 8-9. If you want to know why it is important, consider the following: The U.S. Social Security system projects that it needs four wage earners for every retired beneficiary in order to keep the system solvent.  By 2022 religious institutes will have one wage earner for every four retired – the exact inverse. If you want a worthy collection, this one is it. Check out www.retiredreligious.org. This week, the USCCB is running a wonderful series of guest posts by people whose lives were touched by religious. We are very happy to share these and encourage you to prayerfully support this weekend's collection. LMH 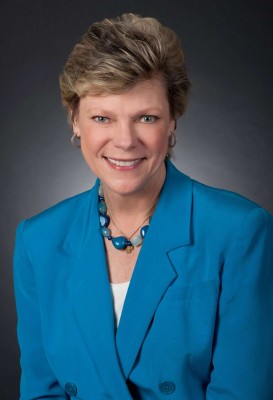 As a girl growing up in the 1950’s I had one great advantage that most women my age did not enjoy: I was educated, raised really, by nuns who took girls seriously.  It was a radical notion in those years; it took until the 1964 Civil Rights bill to make it illegal to discriminate against women in hiring, and until 1972 to prohibit bias against women in education, including athletics.  It took a lot longer to make those statutes stick. So the nuns were well ahead of their time.

But that’s not unusual for women religious.  They have not only been ahead of the country’s time, they have pushed and prodded the nation to accept a new time since the Ursulines first arrived in my home town of New Orleans in 1727.  Sent here by the French to open hospitals for the military colonists, they soon started schools for girls, and insisted on educating free blacks and Native Americans.

Think of it!  It was the early 18th Century, hundreds of years before their ideas would be accepted by the larger society.

That story is told over and over through the history of women religious in America.  In 1810 when Elizabeth Ann Seton set up a free school for the needy girls of St. Joseph’s parish in Emmitsburg, MD, she effectively started—and then spread--what became the highly successful parochial school system in this country.  A few years later, only weeks after arriving in Missouri from France, Philippine Duchesne established the first free school west of the Mississippi River.  When the bishop refused to allow her to teach African American children in the school, she did it on her own.

As the story continues through American history, and you look to the work of Katharine Drexel, Francis Cabrini and Marianne Cope—women who worked with blacks, poor immigrants and lepers--you realize that you are reciting a litany of saints.  Each of these women religious has been canonized for her willingness to be ahead of her time—to bring those on the margins into the mainstream.

But the mainstream is way too comfortable a place for the nuns.  As Sister Pat Farrell, the president of the Leadership Conference of Women Religious said recently, “Women religious stand in very close proximity to people at the margins, to people with very painful, difficult situations in their lives.  That is our gift to the Church.”

What a gift it is.  Day after day these women work with the poor, the sick, the frightened, the incarcerated.  It is literally the Lord’s work. And it is, by definition, work that doesn’t pay very well in terms of money, even if it results in sainthood.  So now tens of thousands of religious women and their brother priests are left in need of cash for their care.

It’s a problem that’s only going to get worse as the population of religious ages.  So we have to pitch in.  Think how we have benefitted from them, both as individuals and as a society.  This country is a far fairer place, a place closer to fulfilling its promise for all its people because of the contributions of these determined and dedicated religious.

And who knows? The nun you help might just end up in the litany of saints.  Now there’s an opportunity you wouldn’t want to miss!

Cokie Roberts is a political commentator for ABC News.

Editor's Note: To contribute to the Retirement Fund for Religious, visit: http://www.usccb.org/about/national-religious-retirement-office/

Book Notes: Blasting Holes through the Buffered Self
Read
Five Inspiring Mama Saints {And Why You Should Talk to Them Today!}
Read
Sister Mary Ann Walsh: The Nuns Who Form Us
Read