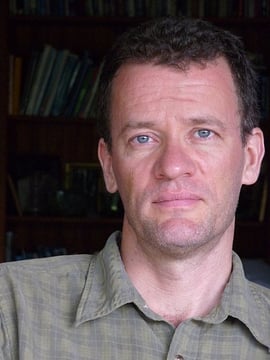 We got a chance to view the new movie Life of Pi. After seeing it, I was reeling with thoughts and impressions and questions. You would be, too.

The primary conflicts regard religion and survival. The context of the primary content of the movie is a lifeboat, somewhere in the middle of the Pacific Ocean.

Pi, the main character, must live in tension, conflict, and provocation with a roaring tiger, who is trying to devour him.

I felt that the special effects were only distracting at the beginning. From that point on, they're stunning. Ang Lee powerfully directed this film, and as I learned from an interview, he spent four years working on it!

I came away flabbergasted at the beauty of nature, animals, and creation. My husband and I wanted to talk about what makes a good book good, Hinduism and Universalism, human nature, and reincarnation: and most of all how these conflict with our own faith.

Pi- who goes by a nickname because as a child he memorized the numerical order of 'pi,'- is witty, and he must use reason- a skill given him by his father- to stay afloat and alive. The tiger doesn't appreciate his logic. He has nothing but instinct, massiveness, and a sharp-tooth defense: his cruelty is his weaponry. The constant threat of his destructive bite is certainly more threatening than his seemingly innocent growl.

The boy admits that the threat of attack actually keeps him alive on a stormy, unpredictable ocean. He uses reason to search out tactics of survival, such as how to produce drinking water, how to ration and catch fish to eat, and how to keep the tiger at a distance.  The idea that "reason is the answer" is ironic, however, since the purpose of the story, according to the narrator, is to give faith in God.

Some of the events might be too intense for little ones.  We were surprised, but also not, at the PG rating. However, I have sensitive children so take that with a grain of salt. It's a story of survival in harsh conditions, although much more complicated than that, as it deals with many philosophical questions, ultimate realities, and a coming-of-age.

There is a scene, which we felt well-represented the Catholic faith. However, it is truth, tainted by the very common perspective that we respect all religions. The narrator states, "Religion is a house of many rooms." Just as Elton John can't really give you the definition of love, Life of Pi will not answer the deepest quest of the heart.

However, it will get people talking about faith and the existence of God. And according to the author and the film director, this is one of the primary purposes of the film.