Why is the Generation of “Tolerance” so Complacent to Religious Persecution? 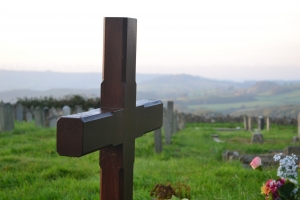 If you are following current events, especially those involving Hobby Lobby and the lack of public outcry over the injustice of their predicament, it would be a fair assessment to suppose that, never in the course of all our schooling, was my generation ever exposed to 'tolerance' and 'anti-bullying' education.   In fact, the opposite is true.

To all the Gen X’ers and Y’ers out there: didn’t we all read the Diary of Anne Frank, or Night by Elie Wiesel, which detail what happens when a religion is demonized by the government and almost totally annihilated from existence?

If so, then why, when religious persecution begins to crop up in our own backyard, do we not even protest?

And why do I get the un-funny feeling that, not unlike the townspeople of Aushwitz who cheerfully sat sipping lemonade on their porches while the smoke stacks of the death camp daily bellowed black ash above their rooftops, our generation will be characterized as distractedly updating their Facebook statuses while the fate of the First Amendment is similarly and tragically ignored.

It should be a worrying thing to any rational person when those presently in their 20s and 30s, who were the population most indoctrinated with phrases like,  “Bad things happen when good men do nothing,” and  “Become the change you wish to happen,” are also the most ostentatiously mute when their own government tries to force its people violate their religious beliefs.

Hm. Methinks the ‘lessons’ we were taught in school never took – or they just took on the same tone of superficiality and commercialization that characterizes our age.

How else could it happen that an imposed healthcare system arises where every employer of faith must choose between not offering healthcare to their employees or funding abortion inducing drugs – a decision, which historically, has never befallen any freely worshiping individual in our nation?

The most popular argument one hears in favor of the HHS mandate is this: religious employers can't "force" their beliefs upon their employees. What those who hold to this argument don't see is that now the government is imposing its beliefs upon privately enterprising employers who wish to operate their businesses (and their whole lives) in accordance with the tenets of their faith.

The government’s message is simple: the religion of the state trumps yours.  Since what the Obama administration dogmatically believes regarding healthcare is more widely held amongst individuals than your religion's tenets (because popularity has always been religion's aim) then you must violate your beliefs to publicly uphold the state's beliefs.

If that isn't blatant infringement of the practice of religious freedom, I don't know what is.

It begs the question of why now?  Did the administration know that there are few of us remaining, who would become indignant at their actions?

It used to be that anyone with a backbone could be trusted to call out bullying when they saw it.  Now, it seems, that so long as our medical bills are covered, all is well and good.

To a point, I sympathize with the silence of so many.  There is a feeling of, "What can I do?" in the face of such unprecedented evil.  That and my generation is poor, very poor.  Because most of our parents aren’t going to retire, ever, we don't want to jeopardize our chance to take the handouts the government is willing to give us, since we don't have a way of becoming sufficient for ourselves.

Also, why “become the change we want see to happen,” when we can now all run out and get our tubes tied or our urethra severed for free?  Apparently, that's the pinnacle of everyone's middle age, as my husband and I are now learning from most of our peers.

We no longer need to become those proverbial “good people” who speak up when bad things happen because the media is not going to report all that dreary bad stuff anyway, and, heck, most of us probably even voted in the guy doing all the persecuting.

So, sorry, persecuted religious people, you’re on your own in this fight.

Along the way, my generation had to pick its battles, and it seems we’ve chosen to save our own necks and stay silent while those who are being unjustly treated are silently lead to martyrdom by the state who is trying to forcibly excise their right to practice their beliefs in the secular sphere.

Instead of reacting, here we sit comfortably, while it all occurs, sipping our Moscato in our apartments, while the ashes of the first amendment rise above our heads.  Just like every other do-nothing-about-it generation of people who allowed evil to rule and themselves to be ruled by evil.