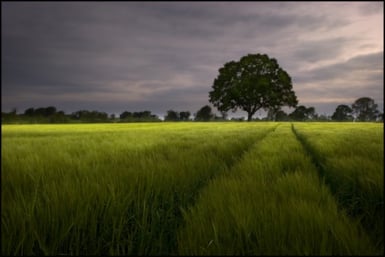 The other day I read an article about the characteristics of plants with taproots. A taproot is a central underground “stem” that grows deep into the soil and stabilizes a plant better than a shallow, wide-spreading fibrous root system. Rooting, a word often associated with faith, is familiar to us through the parable of the seeds. Thinking about the kinds of roots plants send out brought home the essence of stability.

The mighty oak has a taproot and is known not only for its strong branches and hard wood, but also because of its ability to withstand violent storms. We’ve seen trees toppled, their massive spreading roots ripped out of the earth when the soil is wet and wind strong. Rarely is an oak uprooted. Its tap and lateral roots are formed several feet below ground and create a stable footing.

Plants with taproot are also better able to withstand drought. When other plants are damaged or even destroyed by desert-like conditions, these plants survive and often thrive. Think of the wild poppy or rudbeckia. During times of drought their roots grow deeper in the recesses of the soil, seeking and obtaining life giving water.

Winters too have little effect on plants with taproots, the depth of the root not only secures but protects. Damage is extensive when soil freezes hard enough to forcibly push, or heave a plant out of the ground, often breaking apart shallow roots.

Trying to eradicate a plant with a taproot can be frustrating. Most of us have done battle with the dandelion and learned that chopping off the top or only partially removing the taproot seems to encourage it to grow more determinedly. The dandelion comes back, but now there are two or three plants from the damaged crown, producing even more flowers with ridiculously fruitful seeds.

There are benefits from taproot plants—a charitable act if you will. As these roots grow deeper they grow wider and break up hardened soil. Before long the nearly impenetrable soil is loosened enough for other plants to take hold and grow.

A plant with a taproot is secure, able to withstand storms, the challenges of a prolonged drought or harshness of winter. Attempts to eradicate it often produce more of the same plant in order to continue the lineage. A lineage that breaks apart hardened ground so that others may live and grow.

The taproot of our faith is sunk deep into the soil of our Creator. From the root of Jesse, the shoot of David sprouted giving rise to the fruitfulness of Christ. It is a stable root able to withstand storms and drought. And no matter how severe the attack, we keep coming back, growing on so that others may live.

If you would like to read a little about my family tree, see my column Silver Tree of Christmases Past on Patheos.