A Perfect Example of Dissent

It never fails that in the annals of public opinion man seems to think more than ever that he is sufficient without God. You would think Atheists, Gnostics, or anyone who would prefer worshipping a tree rather than God would fall under this ideology. However, when this ideology comes from someone supposedly ordained to faithfully profess and instruct that there is a God and that we are incomplete without God’s love so beautifully revealed through His Son Jesus Christ, then you begin to wonder.

This is precisely my point when I hear priests reject their own Bishops request to affirm the sanctity of marriage. On the heels of his recent appointment as Arch Bishop of Seattle, WA, Arch Bishop Peter Sartain has encountered a certain degree of insufficiency when it comes to priests within his Diocese. Several of his own priests have gone out of their way to refuse participation is signing a petition for a referendum on marriage. The reality to some priests objecting to Arch Bishop’s Sartain request is not a completed surprise, but yet, is still a sad fact that dissent stills runs amuck among the ordained and lay faithful.

Wasting no time, Arch Bishop Sartain prayerfully and diligently positioned himself to defend the sanctity of marriage while at the same time experiencing the unwillingness of some his priests to exercise the same pastoral and doctrinal diligence.  At the heart of this situation is what I call of perversion of charity. An example of this comes from Fr. Michael Ryan from St. James Cathedral who justified his refusal to sign the petition because:

"after discussing the matter with the members of the cathedral's pastoral ministry team, I have decided that we will not participate in the collecting of signatures in our parish," he wrote. "Doing so would, I believe, prove hurtful and seriously divisive in our community. In saying this, I do realize that there are some who will be disappointed with this decision."

One: There is an apparent disregard to follow a Bishop’s directive aimed at preserving the basic building block of human society as instituted by God Himself, as if we could possibly change that. Again, this goes to my point of modern day man’s supposed sufficiency without God ideology.

Three: There is a lack of doctrinal awareness amongst the fold. Case in point, the Catechism of the Catholic Church clearly demonstrates a rebuttal to these divisive actions:

Moral conscience, present at the heart of the person enjoins him at the appropriate moment to do good and avoid evil. It also judges particular choices, approving those that are good and denouncing those that are evil. It bears witness to the authority of truth in reference to the supreme Good which the human person is drawn, and it welcomes the commandments. When he listens to his conscience, the prudent man can hear God speaking (CCC 1777).

A Perfect Example of Dissent 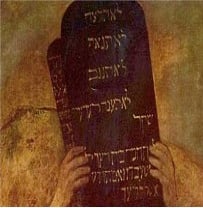 Dissent against Church teaching i.e. the Magisterium is still dissent no matter how you interpret or try to justify it. Fr. Tim Clark at Our Lady of Lake called on Arch Bishop Sartain to look at the Sensus Fidelium of the community who applauded the priest’s actions for refusing to sign the petition. Unfortunately, Fr. Clark’s misunderstanding of the Sensus Fidelium and his attempted application in this situation is far from legitimate. Frankly, it’s twisted.

The sensus fidei far from being a belief held by one sole community is in reality the Church as a whole sharing and understanding the revealed truths handing down by Christ through the power of the Holy Spirit (CCC 91).

The true sensus fidei safeguards and hands on truth in charity. It does not dissent from Christ and His love for us.

The whole body of the faithful . . . cannot err in matters of belief. This characteristic is shown in the supernatural appreciation of faith (sensus fidei) on the part of the whole people, when, from the bishops to the last faithful they manifest a universal consent in matters of faith and morals (CCC 92).

And they you have it folks; “from the bishops to the last faithful they manifest a consent in matters of faith and morals.”

Exhortation to be Wise and to Honor God

The Book of Proverbs leaves us with a fitting passage all of us should take into account when charitably clarifying a misunderstanding of Church teaching:

“My son, do not forget my teaching, but let your heart keep my commandments; for length of days and years of life and abundant welfare will they give you. Let not loyalty and faithfulness forsake you; bind them about your neck, write them on the tablet of your heart. So you will find favor and good repute in the sight of God and man. . . Trust in the Lord with all of your heart and do not rely on your own insight. In all your ways acknowledge him, and he will make straight your paths. Be not wise in your own eyes; fear the Lord, and turn away from evil. It will be healing to your flesh and refreshment to your bones (3:1-27) 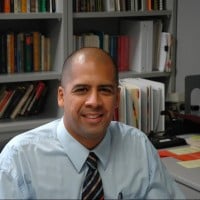