Seven Markers on the Road to Christian Unity 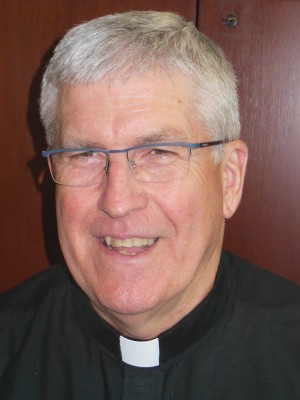 Editor’s note: In honor of National Vocation Awareness Week and courtesy of the USCCB, we will be featuring guest blogs by young priests and religious this week. LMH

The Week of Prayer for Christian Unity is January 18-25. With an estimated 41,000 denominations in Christianity today, it's certainly worth praying for. Such prayer goes back to the example of Christ praying "that they all may be one" at the Last Supper (John 17:21). God has answered this prayer, and continues to answer it, if incrementally, with every new development in various ecumenical dialogues around the world. Each is another step on the road to Christian unity. Here are seven significant markers along that road:

1. Vatican II opens the door. With its 1964 decree on ecumenism,Unitatis Redintegratio (Restoration of Unity), the Second Vatican Council launched the Catholic Church on its current trajectory of dialogue and seeking increased understanding with other Christians. While the broader ecumenical movement began earlier in the 20th Century, this was where Catholics officially entered the story. The dialogues kicked off in its wake continue at the global, national and local levels today.

2. East and West begin their thaw. After a fruitful meeting in 1964, Pope Paul VI and Ecumenical Patriarch Athenagoras I declared in 1965 that they were lifting the mutual excommunications of 1054 that symbolized the official split between the Catholic and Orthodox churches, one of the oldest rifts in Christianity. Five years later, Pope Paul and Patriarch Athenagoras even considered a proposal to concelebrate the Eucharist. That plan never came to be, but the desire for unity by both parties remains an example.

3. 'Justification' question no longer divides. By the end of the 20th Century, Catholics and Lutherans had almost 500 years of experience in caricaturing what the other believed on the question of how people are justified before God. (Cardinal Francis George of Chicago explains it brilliantly in this video.) While Catholic and Protestant theologians had worked towards a convergence on this issue for decades, and early progress on this point had been made by the Catholic-Lutheran dialogue in the United States, it was the 1999 Joint Declaration on the Doctrine of Justification that finally took the issue off the table as a point of division. In 2006, the Methodists joined Catholics and Lutherans in signing the agreement.

4. The Ravenna Statement. Meeting in Ravenna, Italy in 2007, international Catholic and Eastern Orthodox delegations explored questions of authority and its exercise in the Church. The dialogueissued a statement that agreed the bishop of Rome held a place of honor among bishops in the ancient Church, and that he should also exercise some sort of primacy in the Church today. Cardinal Walter Kasper, the lead Vatican representative, called this a "breakthrough," but acknowledged that much more dialogue was necessary.

5. A road map emerges. In 2010, the North American Orthodox-Catholic dialogue issued an agreed statement that provided an unprecedented practical picture of what unity between East and West would look like and steps the two churches could take to reach that point. The document recommends collaboration on shared pastoral challenges, joint prayer and social ministry and a mutual recognition at all levels that Catholics and Orthodox belong to "sister churches."

6. Agreement on baptism. Back on the Protestant side of ecumenism, in 2010, the Catholic-Reformed dialogue (which includes the Christian Reformed Church in North America, the Presbyterian Church-USA, the Reformed Church in America and the United Church of Christ) reached a Common Agreement on Baptism, including a common formula of using flowing water and invoking the Father, Son and Holy Spirit. Practically speaking, this agreement resolved issues that stood in the way of fully recognizing each other's baptisms.

7. Next steps. On January 28-29, the next round of the Catholic-Reformed dialogue will begin to explore the 1995 encyclical Ut Unum Sint (That They All May be One). In that encyclical, Pope John Paul II highlighted the papacy as a ministry of unity (for instance, all Catholics are said to be in communion with the bishop of Rome, and even the title Pontifex Maximus means "chief bridge builder"). He called on other Christian denominations to dialogue with him about how he could exercise this ministry in a way that would promote a broader unity among all Christians. A pope for Protestants too? The Holy Spirit has brought greater surprises.

Father John Crossin is executive director of the Secretariat for Ecumenical and Interreligious Affairs of the U.S. Conference of Catholic Bishops.