"Forgiveness is the fragrance that the violet sheds on the heel that has crushed it.” -- Mark Twain 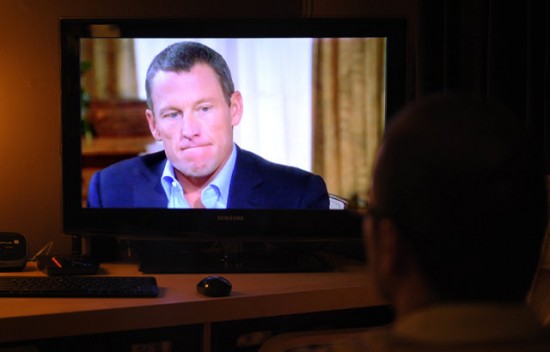 It did not surprise me that Lance Armstrong’s son may have ultimately driven him to come clean and apologize to the world, as he confessed during his recent television interview with Oprah Winfrey.  I know that being a mother has made me a far better, more empathetic person. It also did not surprise me that Armstrong’s son so readily forgave his father, according to Armstrong. I have seen firsthand how willingly my children forgive each other at my prompting, with an openness of heart that we adults seem to lose in exchange for arrogance, cynicism, and an entitled sense of judgment.  What did surprise me was the vitriol around Armstrong’s apology and the micro-analysis of every word and emotion, or lack thereof.  I, too, was appalled by Armstrong’s dishonesty about doping, and even more so by his unfettered aggression against anyone who dared speak the truth about him.  It was a troubling abuse of power. But he is human and apologized credibly from my point of view. Even if he never asked for forgiveness or did not actually want it (as some speculated), as Christians we are called to forgive anyway. Whether you care about Armstrong or his story, his rise, fall and plea for forgiveness is nevertheless an utterly relatable human experience that is worth contemplating because it happens every day to ordinary people in all sort of ways.

For me, one of the most difficult challenges of my faith is forgiving.  Right now, as I write this post, I harbor anger against certain people whom I feel hurt me.  They have not asked for forgiveness, and I have not offered it to them either directly or in my heart.   And, yet, I know from experience that when I do find myself able to forgive, I feel almost instantly better. The same certainly goes for being forgiven.  Not that long ago, an old friend  and I who fell away from each other years ago got together for dinner and exchanged heartfelt apologies. It generated such a sense of joy and freedom within me, that I felt like I could have flown home from dinner that night. I literally felt lighter.  Intellectually, I know once I forgive those who trespass against me – even if they do not seek forgiveness – I am a better person, not in relation to them, but in relation to myself.  And, yet, I hold on to it perhaps for the very reason that it allows me to feel superior and less like the flawed person I actually am.

Forgiveness seems like such an uncomfortable yield of power, particularly when the wrongdoing in the first instance made you feel powerless. Consequently, if I forgive, I relinquish my remaining power and advantage associated with being right.  But there is a difference between being right and being righteous. You don’t give up the former by forgiving. One might argue that you actually get more than you give when you forgive because you can still be right, while at the same time divesting of all the resentment and bitterness that comes along with not forgiving.  Of course, that’s not really the point. I suspect part of the reason we feel better when we forgive is because in doing so we implicitly recognize our own sinfulness and opportunity for redemption.  In that light, forgiveness is a reciprocal gift, not a unilateral loss of leverage.  Still, I cannot always bring myself to do it.

Consequently, each time I require my children to apologize and seek forgiveness, I can’t help feeling like a bit of a hypocrite, even though I am doing it under the auspices of teaching them to live justly. Why is that we tend to ask more of our children than we are willing to give as adults (“share,” “keep your hands to yourself”)?  If Lance Armstrong’s son can forgive his dad, we certainly ought to be able to do the same.  And if we truly believe that our own sins are forgiven “on demand” by God, don’t we have an obligation to pay that forward, whether it is to Lance or someone else?  It is so easy to say, and so hard to do. Indeed, it is far easier to pick up the first stone than it is to look in the mirror and see your own fallibility.  Maybe one of these reasons we don’t like Lance Armstrong is because we all have the potential to be Lance Armstrong.