Whatever Happened to Sin and the Devil? 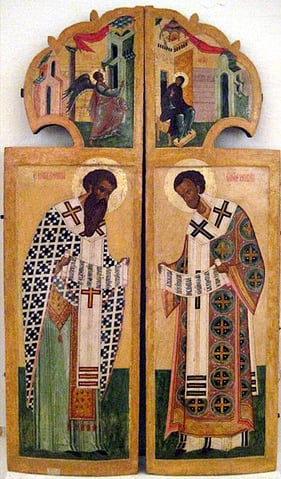 Our kids need to know—sin is real; the devil is real; and we need to stay on guard, especially now. Without this awareness our children will see the glistening darkness ahead and fall into the tar pit of self deception that will hold them tight.

St. Basil the Great described sin this way: It is “the misuse of powers given us by God for doing good, [for] a use contrary to God’s commandments.”  The two greatest commandments, which summarize the 10 of the Old Testament, are to love God above all else and to love our neighbor as ourselves.

But the devil has been using people for at least a century now to twist every word of truth—like love, commandments, good—into something ugly or unholy. Love now means lust/desire/self pleasure. Commandments are “repressive control measures.” And what has always been perceived as “good” --especially the marriage of a man and a woman and family—are now “bad” or at least unnecessary.

Judith Stacey, a sociologist, says "good riddance" to the traditional family and says society is better off getting rid of this “social construct.” She’s not alone. Numerous academics and activists are widely promoting the end of family as we know it.

The erosion of family as the basic unit of society, began with the introduction of contraception and expanded with “no-fault” divorce and is going under with the push to re-define what marriage means. In the modern world the State is now the arbitrator of what is best for children…how can that possibly be “good”?

But back to St. Basil because he’s an inspiration. He was born in 330 AD into a family of ten children--several in his family were confirmed as saints in the centuries since that time! The easily-identified saintliness within one family speaks a great deal for his mother and father who offered a firm foundation of goodness and virtue. Basil spoke out against evil wherever he saw it and was a very convincing speaker. He showed great compassion for the needy and helped end prostitution in his area by excommunicating those involved in that practice. He promoted spiritual discipline and founded monasteries.

Although St. Basil lived long ago, his life story tells us that family is important and that wrong thinking has been around forever. It takes vigilance and self-discipline to counter error. It takes adherence to the sacraments to find peace. It takes courage to live in a fallen world.

That’s why in 1890 Pope Leo XIII wrote and recommended for daily use the Prayer of St. Michael. Sin and the devil are thriving, as he saw in a terrifying vision. But St. Basil and St. Michael are our friends.

To be able to speak knowledgeably on the current marriage controversy see the new book What is Marriage? Man and Woman: A Defense by Sherif Girgis, Ryan Anderson and Robert George.

A Wedding Story: Do Whatever He Tells You
Read
Whatever You Do: The Saints and the Holy Name
Read
Did You Know: What happened BEFORE original Sin? by Ebeth Weidner
Read