And Now for Raising the Kids - Star Charts 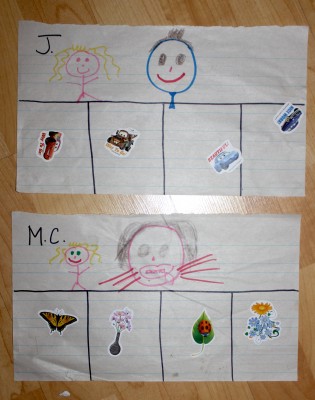 In case you may have not seen my posts the last few months, they’ve been centered on the adoption of my two children.  Well the adoption has officially finalized and now we are legally a family.  For us this means no more social worker visits and since we changed our children’s names, we now have paperwork that allows us to have the doctors, schools and a variety of other places, officially change their names as well.  It’s been a really exciting time and one filled with such peace, as I now know they will always be my children, no one is taking them away!  And so now it’s time to just live our lives.

With the busyness of the holidays and vacation, it seems that our structure and schedules have gone out the window.  I’m a big schedule person, so as much as I blame our routines on trying to create consistency for our kids, I’m sure it’s just to keep me on track.  I’ve noticed some behavior recently, that I do think is the age appropriate assertion of their independence (Yes, that means they are saying no more and pushing to do things their way) but while I know it’s good for them to be independent and have their own thoughts, they still need to understand obedience and learn when the appropriate time is to assert that independence.  That said, punishing doesn’t seem to work for my kids.  I can give them time outs and take away their favorite toys and they go right back to the behavior that they got in trouble for, but one day I decided to try something new.  I took a piece of a paper, wrote their name on it and drew four boxes next to it.  I asked them to tell me something they would really like to do, like go to the park or play outside.  Then next to the boxes, I attempted to draw that image, which was cause for a good laugh at mom.  Then we picked a behavior trait to work on, like saying yes to mommy or having a happy face even if they didn’t want to do what they were asked to do.  I told them that when I saw the behavior, they would put a stamp in the square and then when they had 4 stickers, they would get to do whatever I had drawn. 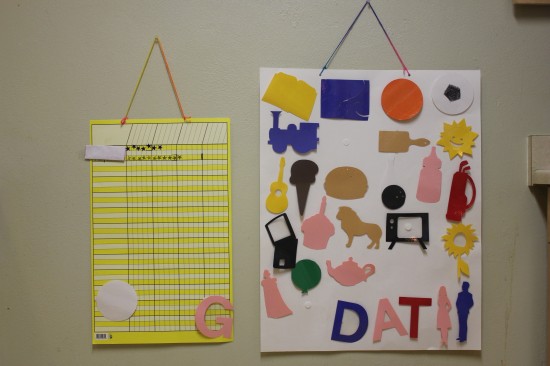 At this point, let me say, that I’m not a big fan of bribing.   I think people should behave because it’s the right thing to do, not because they’re getting something out of it, however after a conversation with my husband I saw things a little differently.  He pointed out that at work, when he’s given positive praise, he feels good and he work to keep doing whatever earned him that praise, but if someone reprimands him, he just feels bad.  He also pointed out that we work for paychecks and if he doesn’t do what he’s supposed, he doesn’t get paid.  It got me thinking that our society is big on “giving prizes” and there might be a way to promote good behavior while having a goal gift in mind.  I don’t give stickers every time I see them behave, just occasionally.  The first day I told them that if they got all 4 stickers by lunch time, that they would get to do whatever they picked after quiet time.  I can’t describe how great the behavior was that morning!  I thought I had struck gold!  Now granted, the next day I didn’t do the sticker chart and the behavior wasn’t as good, but over time, we’ve been playing with the chart and remembering that a behavior/habit takes 40 something days to develop. 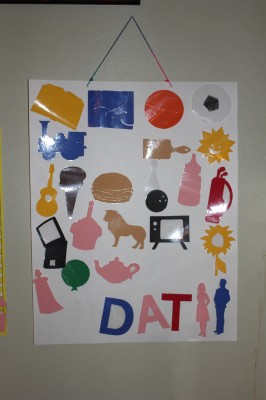 Most recently, I decided to change the sticker chart into a star chart.  Mostly cause I was getting tired of all the drawing J I went to the teacher resource center at our local school district and used their di-cut machines to cut out symbols of things the kids like to do, for example, a basketball, a baby bottle (for playing babies), and a book (that can be read by dad or mom, they decide).  Then I cut out a computer and some letters and they can pick a relative they want to Skype with or call.  I did also pick things that will take more stars to earn, like going out for ice cream. I laminated the di-cuts and I got Velcro squares at the dollar store so they could be taken on and off a poster board and then Velcroed to the star chart.  I got the star chart at a teacher supply store and the star stickers at the dollar tree too.  For a few dollars, I was able to make a really fun project and they kids have enjoyed picking their treats.  Yes, I do still hear, “do I get a sticker now,” but at least they’re making efforts to pick the right behavior.  PS I don’t give stickers when they’re asked for.  I’ve included pictures of both charts here, in case any one needs ideas.  For help making your boards, or to order a pre-made custom star chart, feel free to contact me at cvadoptions@gmail.com.

Moms: Are We Raising Future Saints?
Read
Book Review: How to Defend the Faith without Raising Your Voice
Read
Raising Saints or Martyrs? Meditating on the Mother of Maccabees
Read