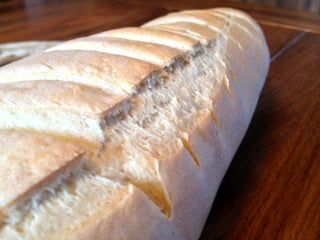 I have been hooked on Downton Abby for the last couple of years. If you  have not seen it, the series follows an aristocratic family and the servants of their manor as they weather the social upheaval of early twentieth century England.

( It’s not nearly as dull as it sounds) You could follow the plot pretty well if you watched only the scenes that depict meals.

Lord and Lady Grantham measure their fortune by their ability (or inability) to stage a formal dinner. Troubling developments from the outside world are usually served up at their breakfast table, either in a newspaper, letter or telegram served on a silver platter. Troubling developments within the family most often come to light at the dinner table. Meanwhile, downstairs, almost all of the drama, conflict and intrigue among the servants occur around their communal table.

Their preoccupation with meals and table manners may seem silly until  we turn to twenty first century England. Author Theodore Daylrimple, laments that fewer than fifty percent of British households even have a dining table. In an interview with Front Page Magazine, He goes on to discuss the impact this has on individuals, families and society;

I am not too sure how civilized my own upbringing was. I grew up in the 1950's and 60's. One of ten "free range" children, we came and went as we pleased. As much freedom as we had, none of us ever dreamed of being late to the dinner table.

Years later, as we raised our own children, preparing dinner and eating together was a daily habit. It would not have occurred to us to do otherwise. One evening, a friend of our then teen-age daughter joined us for dinner. After observing us cook, set the table and finally sit down to eat, she remarked,  "You guys do this every night?" During those years that we had a constant stream of teenagers in and out of our home, more than a few comments were made about the novelty of home cooking, baking and family dinners at the table.

Two years ago, when I became involved in the day-to-day care of my grandchildren, I noticed that at ages 2, 3 and 6 that they were already at risk of the phenomenon that Daylrimple describes. With parents working different schedules, the family was seldom together at dinnertime. Meals were unstructured and seldom featured children and adults eating together.

I could not articulate it at the time, but I knew this was a problem. Thus we began forming the habit of nightly dinner at the table, children, mom and grandparents all together. Sound idyllic? I can assure you, it was not.

I was still months away from retirement when the campaign started, so it meant rushing home (or to my daughter's home) after work, preparing dinner and getting food and children to the table about the time their mother got home from work.

For someone who had grown accustomed to eating his meals in peace and quiet, maintaining my composure and sometimes my will to live at dinnertime took some effort.

Our grandchildren eventually embraced the rhythm of gathering nightly at the dinner table. The "ten minute warning", the assembly, the saying of grace, the negotiation about how much of what must be eaten before being excused are now part of their routine.

There are still challenges. We still have to remind them that not all subjects are suitable for dinner conversation and I am still struggling to accept the idea that someone's glass will be knocked over at almost every meal.

In recent weeks, our parish study group has been reading the Gospel of John. One of the first things that struck me about the Gospel is the prominent role that meals play in John’s narrative. This account of Jesus’ public life begins and ends with a meal.

In chapter two, Jesus provides the wine for the wedding banquet at Cana as his first public act. Jesus provides fish to his apostles, and then joins them for a meal on shore in the final chapter.

Of course, the big point being made in the Gospel is that we are being invited to Christ's Sacred Banquet, but I think that John means for us to take in smaller lessons as well. I think that we are also being reminded that every meal provides an opportunity to come closer to God and to each other.

A properly observed meal involves gathering and preparing food, coming together, reflecting on the fact that this and every meal we eat is a blessing from God, not to be taken for granted. We should then take time to enjoy the meal as well as the company of those who have come to the table.

Theodore Daylrimple suggests that gathering together for daily meals is important to our social well-being. John suggests it is spiritually important as well.