The Great Woman Behind the Good Man 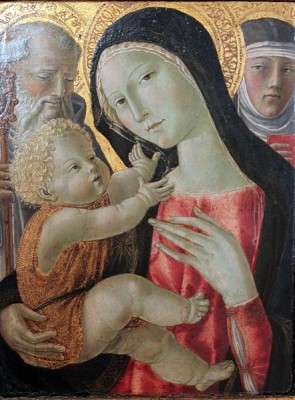 The Great Woman behind the Good Man

Remember the saying, "Behind every good man is a great woman"?  Why is it that we don't hear this any more? Could it be because few woman are willing to stand "behind" their man? Or, could it be because the men are not willing to step up so we can get behind them?  Different sociological studies would give statistics proving either one or the other.  Let's look at a possible remedy.

"Then the Lord God said, "It is not good that the man should be alone; I will make him a helper fit for him."  Father John Riccardo teaches that the Hebrew word for helper is 'ezer' and when this word is used in the Old Testament it is almost always referring to a divine aid.  God chose to create a divine aid for Adam.

So God created the animals and had Adam name them. "...but for the man there was not found a helper fit for him."

God then put Adam to sleep, took a rib from his side, and created woman. Man rejoiced to finally have one like himself as his helper.

We can see in Scripture the purpose of woman's creation is to be man's helper, or divine aid.  Woman are called to lead men to God.  It's really that simple.  Take the Blessed Mother for instance, when she was asked by the Holy Spirit, through the Archangel Gabriel, if she would be the Mother of God, as a woman created to be a divine aid, she agreed to be the one that would bring God into the world.  She then went to visit her cousin Elizabeth, pregnant with John the Baptist, taking God, in the Second Person with her, to the baby John giving him the divine aid he would need to be the "prophet of the Most High."  It was she who put Jesus, the Man, to the business of working miracles as God at the Wedding Feast at Cana.  And finally, Her prayers and submission to the passion of her Son had to have aided Him in His passion.

Blessed John Paul II taught of a quality that was given to women to help them be divine aides to the men in their lives.  He called it "feminine genius."  It is the ability to go to the heart of every matter and address the person rather than just the need at hand.  It can be seen in that way we can help our guys see things a little differently than they would otherwise.  The movie, My Big Fat Greek Wedding had a perfect example of this.  When the 30-something year old Greek daughter asks her Greek father, whom she still lives with, if she can take some college classes, she is given a definite "no!"  Later she is complaining to her mother about the issue.  When her mother tells her she will talk to the father, the daughter states that he is the head of the house and he has made up his mind.  The mother then has the best line in the whole movie, “Your father may be the head, but I am the neck!”  That’s feminine genius.  This God-given ability can only be used for the good of those involved. When we use it just to get what we want, it’s then called manipulation, and that is a misuse of a feminine power God granted.

The Blessed Mother shows us just how to be a divine aid to the male population.  It is in her openness or her Fiat, “Let it be done according to Thy Word.”  We first have to be open to God’s will.  We must remember our purpose is to be His helper.  But we have to have His direction, we can’t offer help without knowing when and where to help.  Think of all the times Scripture tells us that Mary “pondered these things in her heart.”  We are to be different kinds of helpers to different men in our lives; wives, mothers, sisters, aunts, friends, perfect strangers.  We must be open to hear God’s prompting as to when and how to help this particular man and at this particular time.

Power of the Feminine

When we truly understand our calling as women in the world, we find our feminine power and strength.  It is something completely different than that of masculine power and strength.  Blessed John Paul II wrote in Muliaris Dignitatem, “The moral and spiritual strength of a woman is joined to her awareness that God entrusts the human being to her in a special way...A woman is strong because of her awareness of this entrusting, strong because of the fact that God "entrusts the human being to her", always and in every way, even in the situations of social discrimination in which she may find herself. This awareness and this fundamental vocation speak to women of the dignity which they receive from God himself, and this makes them "strong" and strengthens their vocation,” (MD 30). St. Margaret of Scotland aided her husband, the King, in both the running of his courts and in softening his temper and growing in virtue. St. Monica never gave up on her husband’s salvation and that of her very famous son, St. Augustine.  And of course, we must always remember the Queen of Heaven.  Mary, Our Blessed Mother, in her quiet power and strength who continues to lead all men, male and female, to her Son, the Kind of Heaven and Earth.

So the reward of the great woman here on earth is the good man walking the path toward heaven with her divine aid.