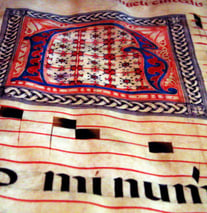 A strong emphasis is put on forgiveness in the Lord’s Prayer (the Our Father).  This part is especially important during this season of Lent when we make great efforts at reconciliation and a change of heart and mind.  Forgiveness is difficult without the help of God’s grace; we pray the Lord’s prayer to help us always forgive those who have offended us. We need also to see that we are in need to be forgiven.  Not forgiving  festers the wound we have or have given to another.  Anger still smolders within us when we do not forgive and we tend to “hold on” to our hurts thus blocking a better relationship with the one who has offended us.  Memory plays a large part in forgiveness.  We are more at ease when we forgive and forget the offense than by just forgiving someone.  We often exclude our own offenses and tend to let our memory forget our wrongs.  Rationalizing is a natural way of avoiding feeling guilty.  The Lord’s Prayer calls us to leave aside all of our reasons for not forgiving someone who has hurt our feelings; someone who has wounded our pride.

There are seven petitions within the Our Father.  The ones on forgiveness, however, come as the strongest part of the prayer our Lord has given us.  It is blended into intercession, but the heart of the prayer at the end is forgiveness. Jesus has said we are to forgiven seventy times seven, that is, we are to forgive always.  Seven is a sacred number of fullness. The emphasis of Jesus on this point is tremendous.  Anger, hate, jealousy, and envy are often the material part of not forgiving. Often, resentment  follows, wounds linger, and we become distant in our relationship with the one who offended us or whom we have offended.

There are several versions of the Our Father, but the one that is community minded is that of Matthew who is attempting to build a new Israel in his community that was often divided against itself.   In our liturgy for each day we recite the Our Father three times: once at Mass, once in Morning Prayer, and once in Evening Prayer.  If we are praying the rosary and meditating on its mysteries, we recite the prayer after the Apostles Creed and for each start of a mystery of the rosary—thus, six times.  This is a great spiritual exercise for the season of Lent especially if we join the sorrowful mysteries to our day.  It would take less than five minutes to say one decade, if we are not used to or inclined to recite the rosary.  John Paul II was a model for praying the rosary and he certainly knew how to forgive.

Jesus told us not to rattle on in our prayers.  Perhaps, during this Lent, we may wish to pay more attention to the times we say the Lord’s Prayer and do it with reverence, attention, and devotion.  The part about forgiveness may then be prayed with our willingness to forgive and forget those who have trespassed against us.   Amen.