Five years ago, I knew that it would be a struggle to raise my children to be faithful and loving soldiers of Christ in our modern world.  I remember re-reading CS Lewis and Tolkien and deeply feeling the allegory for the spiritual battle for our world.  I knew that around me people were being deceived about what is right and wrong in our current culture.

Once upon a time, the arts were dominated by religious works.  Now, the arts are often perverse, sometimes with little artistic value beyond the blatant attempt to shock with yet more perversion.  Seen as trite and unoriginal, art that glorifies God and promotes the Catholic Church struggles for funding.  From personal experience, I can tell you that running a Catholic company naturally excludes you from many small business loan and support programs, funding sources, investor opportunities, and mainstream media attention.  Large corporations and studios seem to call all the shots as far as what is produced and marketed.

The information age and digital revolution have opened the door for smaller, independent artists who can now make professional films, music, books, videogames and other media on a small scale with smaller quality equipment.  Crowdsourcing allows lots of fans to make small investments in their favorite artists in exchange for good prices and advanced copies of products so artists can fund their projects without a large investor bank-rolling the process.  It has opened up the popular arts for the everyman both as artists and backers.  The two most popular are Kickstarter and Indiegogo. 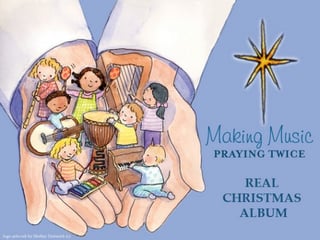 At Making Music Praying Twice, we are launching a Kickstarter campaign to help fund our much-needed new, revised, bigger and better music education curriculum.  As I developed our Kickstarter, I checked “Catholic” in the search engine and there were a handful of projects and some of them got the modest funding they needed.  They were cool projects:  an alternative music album, a new pro-Catholic sitcom for Catholic TV, Catholic themed T-Shirts, a soundtrack from a musical about the life of St. Bernadette.  Wow.  How I wish I had a chance to help back these projects.  The window for investing in these projects is limited to a month or two, so it something you have to act on and some of the rewards will only be available for the life of the campaign. 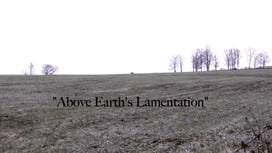 To my delight, I found that Grammy-nominated Catholic songwriter and recording artist, Sarah Hart has a current project on Indiegogo:  a new album about faithfully walking through the grieving process, Above Earth’s Lamentation.  The CatholicMom project to provide spiritual support for pregnancy centers uses this same venue.  You can help the pregnancy centers and receive perks like books and coupons of your own.  More of us need to know about these projects.  Way more of these projects should be out there.

Crowdsourcing is revolutionizing the independent artists of our culture.  Why not the same for the Catholic arts?  This is a huge opportunity for us as a people and is largely untapped.  It is almost disturbing how few Catholic projects use it.  A good project is something you want to help, want to be a part of and it offers rewards which give you a valuable return on your investment.  These projects rely on word-of-mouth and social media so it’s important to help spread the word.

There is a resurgence of Catholic media and entertainment in our country and it will only succeed in its purpose if we all work together to move it into the mainstream.  I’m not saying you should back or support or buy things just because they are “Catholic”.  But if you find someone trying to do high-quality work that glorifies the Lord and supports His Church, get involved.  If you are capable of creating professional books or media, consider crowdsourcing as a way to make it a reality.  We are making ammunition!  It is a culture war!  This Lent commit to helping promote Catholicism in our culture.  The free market is a democracy and you vote with your dollars.  But we must take up arms and do more.  Spread the word.  Send a tweet or post it on Facebook or Pinterest.  Email your groups and loops.  Support the troops.

Kate Daneluk is a wife, mother of six, and co-founder of Making Music Praying Twice. With a background in music, theology and education, she contributes articles and resources to various publications.

An Interview with The Culture Project
Read
Parents Needed in Culture Wars by Marybeth Hicks
Read
Scaling Mt. Laundry, Crowdsourcing-Style: Twelve Tips for Getting Laundry Under Control, From People Other Than Myself
Read