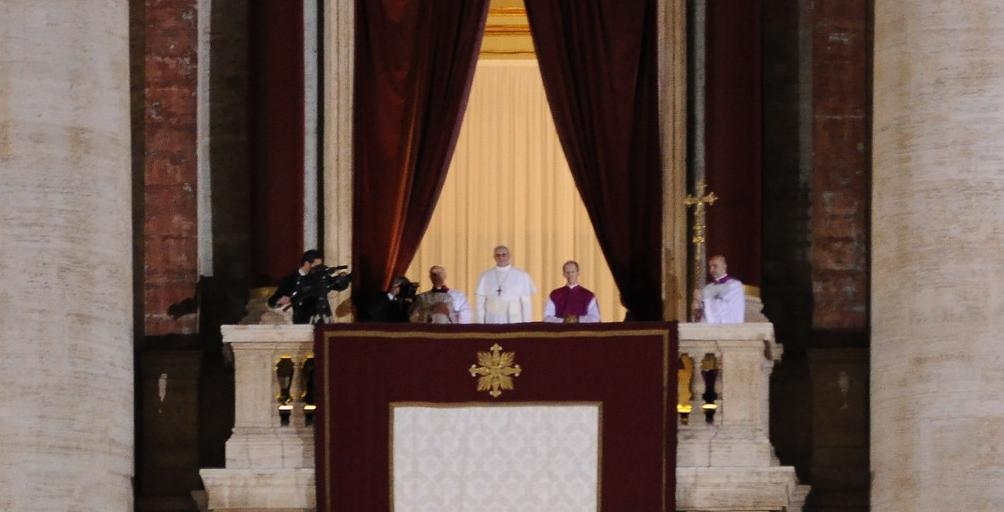 Barb Szyszkiewicz discusses how she and her family followed the news of the election of Pope Francis.

The "white smoke rising" moment on March 13 really brought home just how connected the world is. The Papal Chimney Watch was in full swing in the early afternoon, and I was in the car listening to commentary on satellite radio's The Catholic Channel. My husband was with me, commenting that he felt sorry for the radio personalities, who had to just keep talking until they had certain information.

We got home just as the announcers stated that the marching band was entering St. Peter's Square. I refused to get out of the car until I'd started up the satellite-radio app on my iPhone. I didn't want to miss a moment.

I was frustrated to discover that there was a 5-minute delay between the radio broadcast and the online version, but I set my phone next to me on the desk and listened as I started Twitter on the iPad and after a heads-up from Lisa Hendey, headed to YouTube on my computer for the Vatican TV live feed.

I didn't even bother with the regular TV. For the last conclave, that's all I had. But this was amazing—using various media to receive information in real time (or as close as an online app for satellite radio could get.)

Then I watched the clock. It was getting close to 3, dismissal time for my 11-year-old’s school. I was sure that they'd be watching in class, and didn't want him to miss "the Big Reveal" while he was on the school bus.

Pope Francis reached the balcony at about 3:15. We barely had time to digest the news and try to find out a little more about him when Luke exploded through the front door, yelling, "We have a new pope, and his name is Francis!"

"How did you know? They didn't announce his name until after you were on the bus!"

"Somebody on the bus has an iPhone and we were all watching it on the 3G."

This is probably the best use of an iPhone on a school bus EVER.