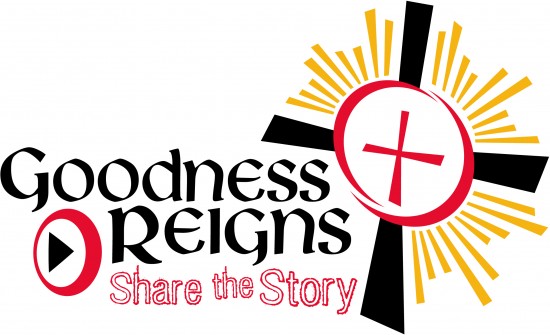 Top finishers of the “Share the Story” Contest include:

Missionary Spirit Category: Amy Dwight of Vancouver, BC, for “The Mutunga Project”

View all contest films at http://goodnessreigns.com/vote/.

From May 1 to June 2 the public is invited to view and vote for films, each created by teens and young adults from across the United States, Canada, and from as far away as Mexico, Colombia, Peru, Dominica, Philippines, Portugal and India.

To view a listing of all contest participants, visit:

Numerous campus ministry leaders and media professionals served as judges for the 2013 contest. You can find the list of contest judges and judging criteria at http://goodnessreigns.com/vote/2013-share-the-story-contest-judges/.

Goodness Reigns, Inc. seeks to engage and inspire youth to explore the Catholic/Christian faith through the creation of media, which is then made available online for free.  To help grow digital witnesses with filmmaking skills it offers the free online Goodness Reigns Film School.

In 2011, GOODNESS REIGNS, Inc. hosted the first World Youth Day Film Festival of its contest films in Madrid, Spain, and plans to orchestrate a similar event at WYD 2013 in Brazil with support from Our Sunday Visitor.

GOODNESS REIGNS, Inc. is a 501c3. All contributions to this outreach in New Evangelization are tax deductible.