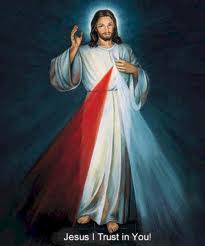 Hello again. This is the second of three articles on the book by Felix Carroll entitled LOVED, LOST, FOUND: 17 Divine Mercy Conversions (read part one here).

In the first article about this book, I introduced you to Felix Carroll, the author. He described the writing of this book as profound a spiritual experience as the birth of his son. Felix was an interesting person to interview, but I am on fire to share with you about the beautiful stories of God’s abundant graces, found in so many life circumstances. Found in God’s Divine Mercy.

In the preface of his book, the author says: “Spoiler alert: the 17 people we profile here all find God in the end. So the question is, why read stories if you already know the ending? The answer is simple: Because you don’t know the beginning.”

And so, because I have a ‘spiritual hobby’ of reading such material, I placed Loved, Lost, Found on top of my wobbly nightstand pile. And quite soon, one evening I settled in to find out if yet another series of conversion or reversion stories was needed, or was magical for my faith journey. Haven’t I preached about these events often enough? After all, I’ve read or viewed hundreds of these. Do I need more such ‘Catholic Vitamins?’

I’m pulled immediately into a story of Dr. John Bruchalski. He is New Jersey Polish, raised Catholic, saying the rosary for the conversion of Russia - that kind of fierce Polish Catholic. He was dedicated to the Blessed Mother at a young age.

As a boy, his role model was the family doctor... and that is the course John Bruchalski set out on. Leaving the nest, and along the way, he began to feel the Church had lost touch with regular people and was wrong on the issues of women’s sexuality and reproductive freedom. In med school, he began to build intrauterine devices (IUD’s) to prevent pregnancy. He provided contraceptives and learned sterilization.

And ultimately he started performing abortions. Early abortions. More like D&C type abortions. Then came later abortions... and Bruchalski started seeing body parts. It was then when he started to internalize what he was really doing. In the latest term abortions, he had to check for body parts to know that he had removed all that he should remove... counting arms and legs and torso parts...

But then... but then, Dr. John said that Christ and His Mother came calling on him. Well first it was the Blessed Virgin Mary. Of all things, it happened in a place dedicated to the image of a woman’s body filled with human life. Dr. John Bruchalski had accompanied a friend to Mexico where, in the course of touristing, they visited the Basilica of Our Lady of Guadalupe. Inside, John heard these words: “Why are you hurting me?” You can imagine... you can read the rest of this story...

The author, Felix Carroll moves this Divine Mercy conversion story along as he tells of the now pro-life Dr. John Bruchalski. The former abortionist doesn’t just go to parish groups of men and women with grey hair who know well it’s wrong to take a human life No, Dr. John is going to places like the University of Arizona to speak to med students - med students who are mostly pro-choice and some headed towards the D&C’s and other procedures that will likely take lives. And to the U. of A. ‘almost doctors’, John doesn’t talk to the students about God and Grace and Divine Mercy.

He speaks in their language using medical terms they understand. He tells them about his journey and the body parts and the fact that more and more Americans are becoming pro-life. He tells them reasons why more and more doctors are choosing not to have anything to do with abortions. He answers questions from the med students about what to do about drug addicted women who find themselves accidentally pregnant for the fifth or more times. John Bruchalski responds about treating both the mother and the child... and about the Tepyac family clinic he, Dr. John has opened back in Virginia to help women with problem pregnancies. That’s one of the Divine Mercy stories.

There’s another one I really like. It’s about Father Jack Fullen who calls himself the Stupid Servant. This Jack Fullen who, before he was a priest was married to a stunningly beautiful Protestant woman who was headstrong and against Catholic practices. His wife had three things she couldn’t abide about Catholics: The Sacrament of Reconciliation - going to Confession. The Blessed Virgin Mary, and the idea of a Pope - the Holy Father. In a story that is told in just 10 pages or so - Jack Fullen and his wife happened to stop at Lourdes on their way to Rome. Oh - I forgot to mention that Jack had cancer... serious, life threatening cancer. In the waters and activities at Lourdes - Jack’s wife lost all her objections to the Catholic Church -- especially her resistance to Blessed Virgin Mary. And by the way, Jack was miraculously cured of his cancer there at Lourdes. Medically proven to be cured.

Later on, in a whirlwind of on-fire Catholic faith practice -- Jack and his wife happened to go to the National Shrine of the Immaculate Conception in Washington, D. C. What they were praying for was guidance for the next phase of their lives -- when all of a sudden, a voice spoke to Jack and said, “You are to become a priest.” You’ll have to read the rest of this beautiful journey... God’s Divine Mercy unfolding.

There are fifteen more of these ‘love stories.’ The ‘I’m a spiritual person, not a religious person’ story of Mary Cook... a woman who liked visiting new age shamans. There’s the airline employee Terry who is using her off-days and vacation time flying around our country and the world to share about Divine Mercy even in little parishes. Why is she doing this? You’ll find the answer in LOVED, LOST, FOUND. You’ll also find the story of the 15 year old girl, Angelina who was raped at a party and became pregnant... and how she met the Divine Mercy of Jesus... and there’s a dentist, Dr. Valdemar Wellz whose story is told in the words Open Wide and Say AMEN...

This book is rich in beautiful mercy... the mercy that says I will never... NEVER give up on you... or anyone. LOVED, LOST, FOUND: 17 Stories of Divine Mercy Conversions, by Felix Carroll.