Screwtape Letters and the Catechism of the Catholic Church

You have heard the phrase the “Devil is in the Details” used to describe a certain action or task in need of completion. Or, used in another forum, how missed little details prevented a project from being completed. When involved in this type of situation, the human mind can conjure up so many thoughts and actions out of pure frustration due to the “Devil being in the details.” In reality, this is one of the methods the Devil attempts to sway our attention away from Christ and more to our own vices.

St. John Vianney when presenting a homily on temptation once wrote:

It is most unfortunate for ourselves if we do not know that we are tempted in almost all our actions, at one time by pride, by vanity, by the good opinion which we think people should have of us, at another by jealousy, by hatred and by revenge. At other times the Devil comes to us with the foulest and most impure images. You see that even in our prayers he distracts us and turns our minds this way and that. (The Sermons of the Cure of Ars, 90-91) 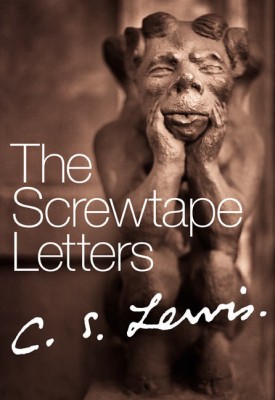 Screwtape Letters and the Catechism

Having taught High School catechetics for many years one thing that kept coming up in all of my religious education classes was the issue of sin, temptation, and what to do about it. Go figure, a teenager wanting further explanation on sin, the Devil and how to deal with temptation. This led to the idea of utilizing “The Screwtape Letters” a required reading for my religious education courses and adding a twist to their lesson. Knowing my classes keen interest in sin, I decided to construct lesson plans utilizing “The Screwtape Letters by C.S. Lewis and cross-referencing the chapters with the Catechism of the Catholic Church. What I found in this process was a wealth of doctrinal formation that my students instantly gravitated to because they could see the dialogue come alive between Wormwood the understudy and Screwtape the uncle whose instruction dealt with leading souls away from Christ. Using the Catechism gave me the opportunity to introduce the students to the Catechism and what is. Once my students figured out how valuable the Catechism was during this semester course, debunking the methods Screwtape taught Wormwood their secular world view began to change to a Catholic world view.

The success of this process is attributed to sin. Before you start implicating me in inciting heresy, what I mean by this statement is the desire of the human heart to know and understand sin, knowing our concupiscence is something we live with daily. The teenagers I have had the privilege of teaching continually asked me how to avoid sin and seek a closer relationship with Christ. You could see the longing in their eyes for truth that would ease the burden in their souls. With this backdrop, I approached Screwtape Letters as an opportunity to help my students know and understand why Christ came into this world.

Backdrop of a Lesson

“he must be made to imagine that all the choices which have effected this change i.e. actions towards God, of course are trivial and revocable. He must not be allowed to suspect that he is now, however slowly, heading right away from the sun on a line which will carry him into the cold and dark of utmost space.”

This poignant piece reflects the desire to keep man from understanding truth, and the love God has for all of his children. In another way, Screwtape is encouraging a relativistic worldview for this young man. Screwtape tells wormwood;

“As long as he retains externally the habits of a Christian life he can still be made to think of himself as one who has adopted a few new friends and amusements but whose spiritual state is much the same as it was six weeks ago.”

The process to “debunk” Screwtape involved selecting a passage from the book and then carefully finding the counterpoints to Screwtape via the Catechism e.g.

“Sin is an offense against reason, truth, and right conscience; it is a failure of genuine love for God and neighbor caused by a perverse attachment to certain goods. (1849)

The aim of catechesis is to seek what is above, not what is below. (Col 3:1-3) Our human will can only carry us so far by our own merits. We cannot forget who gave us our soul, God, for the sole purpose of directing our very being to Worship Him and receive His love. The moral law is the work of God’s instruction for our lives. It is His fatherly instruction that guides us to take care of our souls. It prescribes for man the ways, rules of conduct that lead to the promised beatitude; it proscribes the ways of evil which turn him away from God and his love. (1950)

Application of the Catechism

The moral law should not be viewed as a spiritual chain around your neck preventing you from experiencing freedom. It is in the moral law where true freedom resonates in every action we commit. If we embrace the moral law, then we embrace Christ who is the end of the law, that everyone who has faith may be justified. (Rom 10:4) One profound reality resulting from this catechetical activity was the realization by my students about the reality of sin. Keep in mind, these students did not become paranoid or scrupulous with respect to every sinful act. They went from a desensitized notion of sin to the reality that sin unfortunately is alive and well. Sin was not viewed as a mistake or error in judgment. If it’s a sin, then it’s a sin.

The outline described above reveals how powerful the Catechism can be when used to our advantage in instructing others in the faith. The story of Screwtape and Wormwood, at first glance intriguing, is unveiled more when paralleled with the Catechism. Why, you see the classic battle line of good versus evil. The purpose of the Crucifixion, to help us see true love and realize this love comes from Christ.