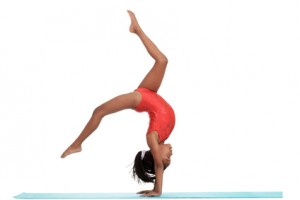 Being a P.A.R.A. means 1) Paying Attention, 2) Responding, and 3) Arranging; it’s the Mary at the Wedding of Cana approach to relationships.  The story about my daughter’s gymnastics team experience delivers on my promise for real examples.

The coach of the East YMCA Flyers gymnastics team approached Gianna two years ago to be on the team.  Unwilling to be a gymnastics widow, I loved the East Y’s balanced approach to competitive gymnastics: reasonable hours in the gym minimizing time away from family and family meals, super affordable rates, and the encouragement of the girls to work smart to be the best they can be without the stress of Olympic-bound kids’ sports philosophy.

Gianna beamed her first year.  Her scores gradually improved with each meet, and she loved the family’s attention on her during her competitions.  As the season progressed  though, the competition got tougher.  Moving towards the State Gymnastics competition practices became more serious as the coaches critiqued the girls more to perfect their routines. Gianna’s used to doing things well and being the top dog; being towards the bottom of the heap left her uncomfortable.

The intensity combined with consequences of Gianna’s shyness mounted.  Being more timid Gianna had not reached out to get to know the other girls.  Overtime, their unfamiliarity became awkward.

She wanted to quit.

My gut told me she wanted to quit for the wrong reasons. We compromised with an agreement to take a break over the summer.  When fall came again she was eager to get back to gymnastics.

The next year was a repeat of the first with the addition of the fact that for months during the tough part of the gymnastics season we had neglected having Gianna’s friends over to the house.  She was feeling disconnected socially at school and at gymnastics.  I realize all kids need to have friends on their own turf, particularly shy ones.

Paying attention to the root problem—Gianna’s shyness and consequent social problems and her perfectionism—I immediately ramped up the play dates.  Within a month there was no real talk of dumping gymnastics, Gianna had her confidence back, and she was willing to work through the emotions of competing without letting it tear her down.