They say sticks and stones might break your bones, but words won't hurt. I, however, beg to differ.

Words do hurt, and lately, I've being hearing one word in particular being flung around wildly in a way that stings unfairly: bigot.

I live just across the river from Minnesota, where marriage recently was redefined. Rather than marriage being a union between a man and woman (and any children born from that union), a child-centric institution, Minnesota has now made it, legally anyway, a genderless, adult-centric union, becoming the 12th state to do so.

The news had barely hit the press when I began seeing the word "bigot" on my Facebook news feed, posted by those who supported the change, referencing anyone who had not supported it. 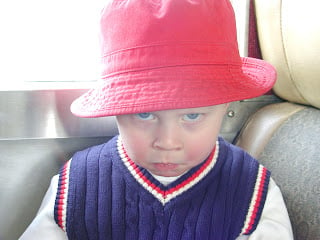 Some harsh things are happening surrounding this issue and I find it very disturbing.

Just last month, I read with alarm an article on LifeSiteNews.com about a priest in Belgium who supports traditional marriage and came under attack by a group of gay activists. The women had barged into a meeting he was leading and shouted curses at him while dousing him with water.

I'm concerned about these actions, which are the result as I see it of a misunderstanding regarding what those who oppose a redefinition are really saying.

I'm not sure when it happened exactly, but somewhere along the line, it became "truth" that when someone opposes something, it means they hate anyone associated with the thing they oppose.

In the case of a redefinition of marriage, based on everything I've heard from those with whom I've spoken who oppose redefining marriage, there is no absence of love toward everyone involved -- children, families, and even people with same-sex attraction who desire to love and be loved. But they are deeply concerned about the implications of redefining this bedrock societal institution, and believe it will hurt families and children.

As I've watched this discussion happen, it appears to me that each side is speaking a completely different language. It's easy to see how a word like "bigot" might crop up given the misunderstanding that hate is involved, but it's a tragic misapplication and misunderstanding. I'm disturbed because "bigot" has an awfully strong implication. "Obstinance," "intolerance" and "hatred" are some of the words linked with its definition. And in some ways, it seems, using this word without understanding the true intent of the target is actually perpetuating an attitude of bigotry in reverse.

I'm not going to argue the definition of marriage in this post. That can be for another time. I'm just very troubled right now by the venom I am seeing spewed throughout social media surrounding this topic, all based on a misunderstood base. As a result, we are losing touch with love; hate between friends is becoming commonplace. That's a problem, because no world can thrive when that happens.

Unfortunately, I don't see the problem diminishing anytime soon. In fact, I see the opposite in place -- an escalation. In the meantime, we must pray long and hard and not lose sight of the God of love whom we serve. When wrongly placed, hurtful accusations come at us, we must not succumb and return the same in kind.

We need to keep looking to the cross, remembering the words, "Father, they know not what they do." It is a heavy load and becoming more so by the day, but Jesus showed us what was possible through perseverance, and we owe him our best attempt at humility and love.

According to a Catholic News Agency article, Bishop Paul D. Sirba of Duluth, Minn., lamented recently that “this debate has often been used as an occasion to sow mistrust and doubt, as if followers of the God who is Love, and whose love for all people we proclaim each day as the Body of Christ, are acting instead out of some sort of ill will.”

He stressed the need to continue in charitable defense of truth.

Someday, harmony will be restored. Trust in that, and until then, continue serving God in truth and love.