Thoughts on Brideshead Revisited -- The Miniseries

"By long forebearing is a prince persuaded, and a soft tongue breaketh the bone."
-Prov. 25:15, KJV 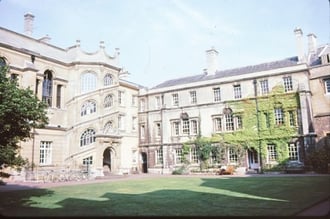 While watching Brideshead Revisited, the BBC television miniseries, I have contemplated the above verse from Proverbs and what exactly it means.

In the television miniseries, a struggle with alcoholism is portrayed. Sebastian, one of the leading characters, increasingly falls into a worse struggle with drinking, to the point that his character completely changes.  It is like he is swallowed up into the belly of the beast that is addiction.

His good friend, the protagonist Charles Ryder -- played by Jeremy Irons -- continues to show him compassion, and is a faithful friend.  I think the dramatic irony -- specifically in episode 5 -- is that the Catholic character is the one severely suffering with a harrowing addiction, while his non-religious friend is the one showing stability and a continued, faithful friendship over many years. Charles is called a bad friend for letting it continue, and even enabling him financially, by Sebastian's family. But in reality, he is self-sacrificing and unjudging in the midst of convoluted circumstances.

Returning to Proverbs 25:15, Christ's forbearance with us as often faithless and unfaithful Christians is like a good friend who just won't go away.  Sometimes he is just waiting, sometimes speaking softly, and according to this verse, that is the sort of conviction that actually works. He demonstrates patience by speaking softly to us throughout the course of our lives. Sometimes it is through trials or circumstances, sometimes through friends or acquaintances. I could remember God's immense patience with me when I'm dealing with my children. I would also do well to consider it in regard to some of my friendships.

However, I believe that children are a much different case from an adult with a life-threatening addiction. One example from the show comes to mind.  A friend of the family, Mr. Samgrass, is called upon by Lady Marchmain (Sebastian's mother) to sort of "watch out" for Sebastian while he is away at Oxford. Charles finds this childish and foolish, knowing that it will cause shame for Sebastian. As his friend, he refuses to "watch him" like he is a little child. Instead, he remains a friend.  His suspicion is confirmed when the plan they have concocted only makes the alcoholism into a worse problem for Sebastian.

I expect to finish watching the miniseries, and I'm curious to know if Charles is converted to the Catholic faith. So far, I find the friendship intriguing, though the situation remains morose.