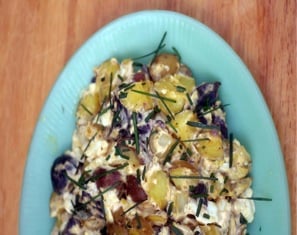 The month of June is dedicated to St Marianne Cope

Marianne Cope was born Barbara Koob in January 23, 1838 in West Germany. She was the oldest of 10 children born to Peter and Barbara Koob. The family moved to the United States a year after she was born. They became members of St. Joseph’s Parish in Utica NY . That is where the children attended the Parish School.

Barbara knew she wanted to be a nun all her life, but because of family obligations it was delayed. When her father became ill, she went to work in a factory after finishing the 8th grade. In the summer of her 24th birthday, Barbara entered the Sisters of St. Francis in Syracuse. She received the name of Marianne and her religious habit in November of 1862. The next year she made her religious profession and began teaching.

She began a series of appointments which enabled her to participate in establishing the first two hospitals in the central New York area. Mother Marianne was down to earth and practical. Sometimes she was criticized for accepting outcast patients. Everyone who knew her loved her. when she was the provincial Mother in Syracuse, she got a letter from a catholic priest in the Hawaiian Islands. He was asking for her help to manage the hospitals and Schools and to manly work with Leprosy patients. She enthusiastically wrote him back and said that if she was chosen, it would be her privilege to take care of the poor islanders.

She and six other Sisters of St. Francis arrived in Honolulu in November 1883. Their main goal was to manage the Kaka’ako branch hospital on Oahu. This served as a receiving station for all the leprosy patients from all over the islands. In November 1885 they founded the Kalaupapa home to care for the children of the leaper patients.

In 1887 when a new government took charge, they decided once again to enforce their alienation policy. Mother Marianne stayed and helped take care of the sick.

She promised Father Francis that she and the other nuns would continue taking care of the sick. Especially the children at the boys home in Kalawao which he founded. He died a few months later.

Mother Marianne never made it back to New York. She died in Hawaii on August 9, 1918 of natural causes. She was buried at the Bishop Home. 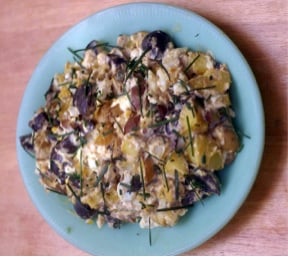 I decided to make German Potato salad in honor of her German heritage.

Place potatoes in a medium pot. Add enough water to cover the pot by an inch or two. Add about a tablespoon of salt to the water. Bring the water to a boil over medium high heat. Cook 15-20 minutes or until potatoes are fork tender. Drain and dice into 1/2 inch pieces.
Cook the bacon in a large skillet over medium high heat until crisp. Place bacon on a paper towel to drain off the fat.

Remove most of bacon fat except 2-3 tablespoons. Add the onions and cook 4-5 minutes more. Whisk in vinegar, sugar, Dijon and salt. Add cooked potatoes and toss to coat. Top with bacon and garish with chives.

Peace be with you,
Veronica