Tithing: Time and Talent Count Too 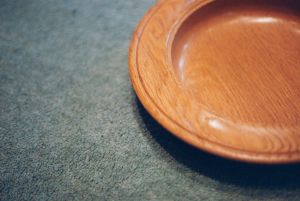 Tithing: Time and Talent Count Too

When thinking of tithing we often reach for our wallets, pulling out whatever we have or are willing to give that won’t hurt too much to do without.  Tithing can also be thought of in regards to time and talent.   Time and talents are valuables gift of tithing.  Many programs in the parish require time to be donated instead of money.  I bet many of you have heard of the idea of tithing your time and talents in lieu of tithing money.

When I think about tithing, I am also reminded of the story about the poor widow, Mark 12:42- “A poor widow came and put in two small coins, the equivalent of a penny.  Then he called his disciples and said to them, 'In truth I tell you, this poor widow has put more in than all who have contributed to the treasury; for they have all put in money they could spare, but she in her poverty has put in everything she possessed, all she had to live on.'“  Giving everything is not part of our thought process in today’s society and I don’t believe each of us are called to abandon everything, like St. Francis of Assisi, but we are called to give of ourselves as the widow did, to give from our livelihood, which may be monetary or in the form of time and talent.  It is up to each of us to evaluate what we can give and give from our hearts.

When I see someone give of themselves freely, it truly speaks volumes to me.  I think it is much easier to write a check than to commit to giving of one’s time.  When a person says yes to a church program it almost always requires more time than initially thought.  You end up at the church before people arrive and well after everyone else has gone home.  Time is giving up, giving to and giving of one’s heart.  It’s a labor of love, a labor that a price cannot be tied to.

Lorrie Lane Dyer is a facilitator for the Virtual Learning Community for Faith Formation with the University of Dayton as well as religious education and parish coordinator. She is working on her Masters of Leadership Development, with a focus in Military Chapel programs at St. Mary of the Woods College. Her faith provides her with inspiration for many of her poetry collections, columns and short stories.

Giving of Your Time, Talent, and Treasure: A Reflection on Tithing
Read
Don't Bury Your Talent
Read
My Talented Youth
Read